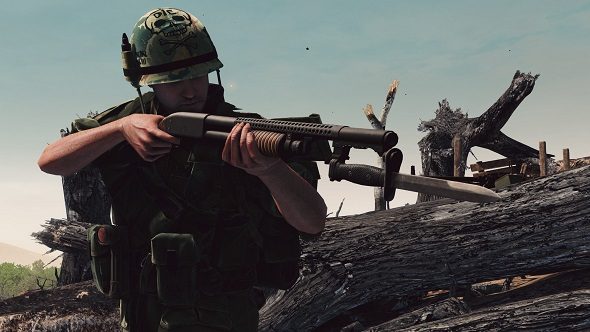 If you looking to try out the sequel to the standalone Red Orchestra expansion Rising Storm, you’ve still got time. To celebrate the announcement of its release date, developer Antimatter Games have been running a open beta for the Vietnam shooter throughout the weekend.

Polish up your aim with our list of the best PC shooters.

Rising Storm 2 will head to the jungles of Vietnam on May 30, with players now being able to pre-order the game ahead of its launch. This release date comes as a bit of a surprise, as most envisioned the hardcore multiplayer shooter to launch sometime in late summer. If you’re looking to see what the fuss is about, the beta runs until Monday at 13:00 PDT/16:00 EDT/21:00 BST. You can check out the game’s system requirements right here.

I would warn you that like Red Orchestra and Rising Storm, Rising Storm 2: Vietnam is one of the hardest shooters out there. Cutting through the jungles like Rambo will most likely get you torn to shreds by machine gun fire, so learn to move slowly and carefully with your squad. If you usually play a helicopter pilot in multiplayer shooters, be aware that Rising Storm 2 is a bit more realistic than something like Battlefield. Trying to do complex evasive manoeuvres may cause you to black out due to the intense G-forces, so fly safe. Antimatter have helpfully created a series of tutorials going over the basics of Rising Storm 2, which can be seen above.