It doesn’t matter how nice your shiny Xbox Elite Series 2 controller is, if you’re playing on PC, you’re going to have to type something at some point. That means you need a keyboard, and you might as well have one that’s as sharp-looking as it is responsive to your fingertips.

Enter the Roccat Vulcan 100. This is an open-design mechanical board that features a slim overall design and keycaps to match, allowing Roccat’s proprietary Titan switches to show off all the more of their RGB goodness. Roccat says the thinner keycaps also make the board easier to clean, and the switch housings themselves are more resistant to the kind of dust buildup you tend to find in open keyboard designs.

Right now, readers in the US can get their hands on a Vulcan 100 for just $99.99, which is 33% off its normal list price of $149.99 – that’s the cheapest the keyboard has ever been. For readers on the UK side of the sea, the Vulcan 100 is just 10% off, but you can get the Vulcan 120, which is the same board packaged with a detachable magnetic wrist rest, for a more appealing 16% discount (that offer isn’t available in the US, sadly).

You can check out our 2018 Vulcan 120 review to learn more about the board. 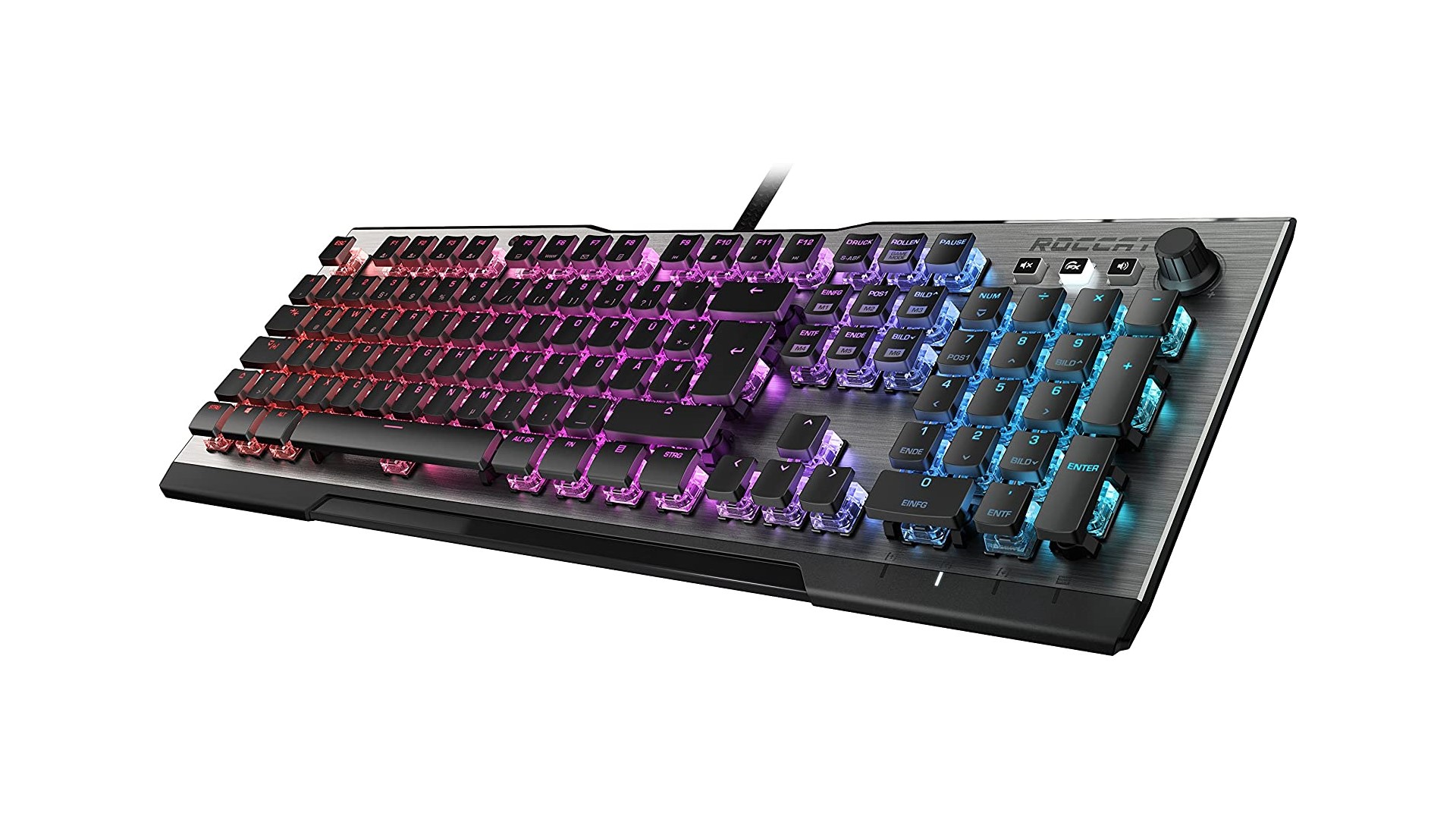 As we point out in the review, Roccat’s Titan switches are on paper comparable to Cherry MX Brown switches, but under the hands the two feel quite a bit different. The Titans’ bump hits right as you start pressing the key, which is a bit of an adjustment from the slight give you get with the Cherry MX Browns.

The Vulcan also features some ‘mixer style’ media keys and a multifunction dial on the upper right-hand corner, plus enough memory and a 32-bit ARM processor that are more than enough for storing all your macros on board, without requiring any PC-based software or drivers.

It’s not on our list of the best gaming keyboards just yet, but the Vulcan’s striking slimline design is sure to draw comments from everyone who checks out your setup.