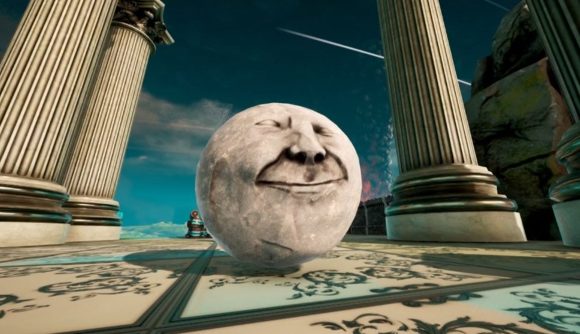 Players can get their first proper look at Rock of Ages 3: Make & Break in an open beta starting in just a few days. ACE Team’s boulder-smashing threequel will enter open beta on June 9, a good month and change ahead of the full release on July 21.

The premise of the Rock of Ages series is simple: roll large, round-shaped objects down a hill, cause as much destruction as possible. It’s like Katamari Damacy except kind of the opposite. The first dropped in 2011, and was thankfully a strong enough success for another. The second, Rock of Ages: Bigger & Boulder, arrived in 2017, and now, just three short years later, we have Make & Break.

A trailer for the beta revealed the same ridiculousness we’ve come to expect from the tower-defense-meets-rolling-down-a-hill-sim, as well as showing off the main new feature: a level creator. Using the various tools at your disposal, you can make the downward spiral of your nightmares, so if you get into the beta, you’ll be ahead of the curve on making your friends suffer. A single-player campaign, and both online and local multiplayer options are included, too.

You can visit the game’s Steam page here.