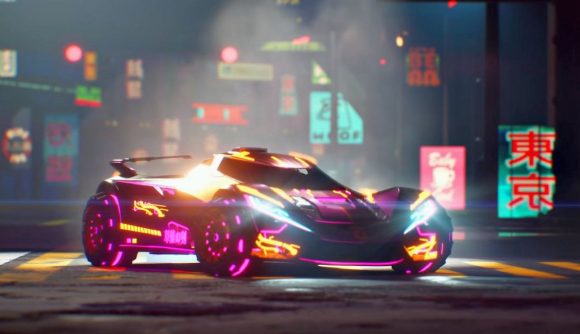 Rocket League is now free-to-play, and as you’d expect, that means a whole lot of new players have jumped in. While the server status was shaky in the opening hours, record numbers of people have been playing – and it seems that includes a lot of lapsed players, too. Even on Steam, where it’s been delisted, Rocket League is setting new records.

You can no longer pick up Rocket League from the Steam store – now that it’s free, it’s an Epic exclusive. However, if you purchased the game on Steam at any point since its 2015 launch, it’ll still be available and playable in your library. As SteamDB shows, a load of existing owners have come back with the free to play hype.

Rocket League hit an all-time Steam concurrent player record of 132,747 yesterday, up from the previous record of 119,337 back in March. As of this update it’s now the number four title on Valve’s platform, sandwiched between the sudden megahit Among Us and the venerable action-RPG Path of Exile.

And that’s just on Steam – across all platforms, Rocket League has hit a new concurrent player record over 1 million. The game previously reached nearly 500k across platforms following the launch of Rocket Pass 6 and the start of its ranked Season 14 back in March – as well as the start of global pandemic that left much of the world suddenly stuck at home.

Check out our lists of the best co-op games and football games to play on PC if you’re a Rocket League fan and keen to see what else is out there. And if you want to get up to speed on Rocket League ranks, our esports sister site The Loadout has your back.