It’s been a hot minute since we’ve seen RollerCoaster Tycoon 3, but it’s coming back with a new version. RollerCoaster Tycoon 3: Complete Edition will feature updated visuals, the Soaked and Wild expansion packs, and more. You don’t have long to wait for it, either, as the management game hits Steam and the Epic Games Store September 24.

If you’ve never played RollerCoaster Tycoon before, it’s all about building and managing a theme park. That means keeping an eye on those finances and weighing up if bringing in more attractions is worth it. There are plenty of things you can add, too, with 300 rides, 500 scenery options, 60 shops, and 20 animals to bring in.

You don’t have to be tied to your cash flow, though. You can play Sandbox Mode to freely fling in what you want, and create a theme park without being limited by how much you can make. As the Soaked and Wild expansions are included here, you also can build waterparks and animal habitats. There are other welcome tweaks, too. Frontier says the new PC version comes with “full 1080p resolution and increased compatibility for new PC hardware”.

The last edition the game got was back in 2006 with RollerCoaster Tycoon 3: Platinum. That also comes with the Wild and Soaked expansions, but doesn’t benefit from the graphical update.

It was also published by Atari, but is the new one is under the Frontier Foundry games label. Back in 2017, Frontier pursued “a complaint” against Atari over unpaid royalties. 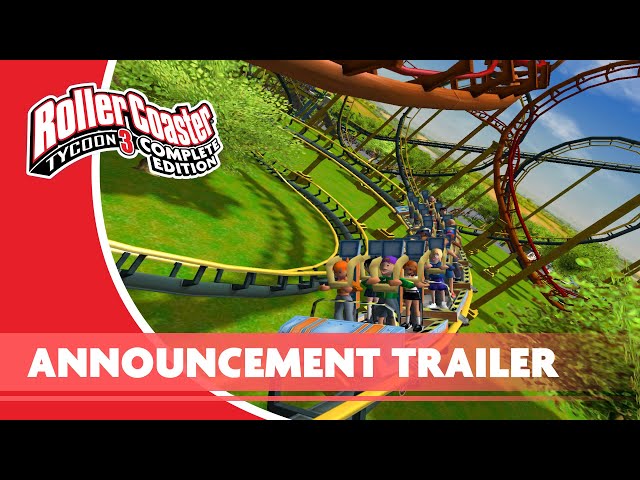 If you’re curious what the other upcoming PC games on the horizon are, you know where to click.