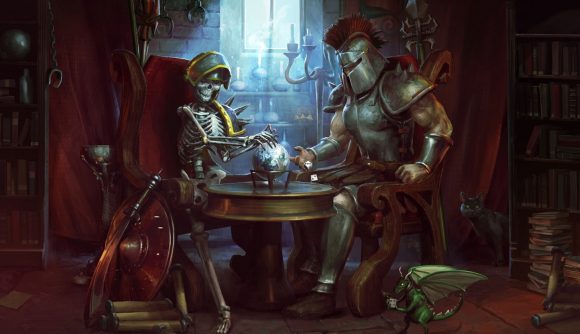 11/07/2019 Fukong has not sold Jagex, but it remains one possible option within an “evolving situation”

Shanghai Fukong Interactive Entertainment, the owners of Runescape studio Jagex is not selling its stake in the company. Reports suggesting that Fukong was considering selling the UK based developer began circling back in January, however, Jagex has released a statement making Fukong’s intentions clear.

It was initially reported that the company would be selling the developer for $530 million (£424,063,600), but Jagex has stated that this is only one option out of many potential avenues for the company’s future.

Jagex has reached out to PCGN with a statement, explaining, “Fukong’s regulatory statement earlier this year acknowledged that the company was looking to restructure its debt, which has resulted in recent announcements regarding a potential sale, however, this remains one of various possible outcomes and is an evolving situation.”

The statement continues, “Jagex has never been in better shape and following five years of record growth, and our focus is to execute our five-year plan built around further investment into the Runescape franchise, investment in new living games, and working with other studios to publish their living games under our Partners programme.”

The Chinese company first acquired Jagex in 2016 for $300 million, and the developer celebrated its best year ever last year, generating $1 billion in revenue. If Fukong does decide to sell, it will be doing so less than three years after acquiring Jagex.

If you want that extra bit of help with Runescape’s new dinosaur-filled map then check our guide about everything awaiting you on Anachronia and read about how to find every Totem discovered so far and get their powerful benefits.