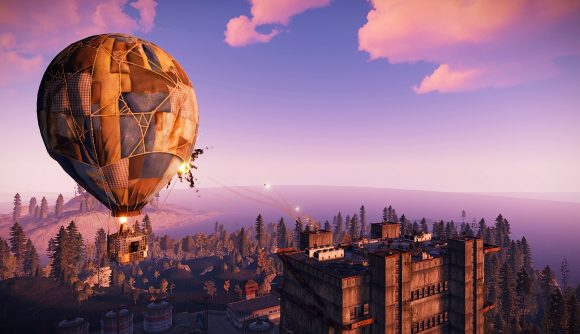 Facepunch Studios has confirmed that Rust player data has been lost following a fire at OVH Datacenter. The studio took to Twitter several hours ago to inform people that 25 of its EU servers were offline due to the blaze at its building in the early hours of the morning.

“Unfortunately, the fire destroyed [the] SBG-2 building,” the studio tweets. “We’re expecting a large amount of data loss across the affected servers.” Facepunch Studios goes on to issue an update confirming a total loss of the affected EU servers during the blaze. The developer is now exploring ways to replace those servers and has confirmed that it can’t restore the data that’s been lost.

OVH founder Octave Klaba confirms on Twitter that everyone is safe, though part of another building was damaged alongside SBG-2. He also assures followers that the fire has been brought under control. Over the next two weeks, the company plans to start restoring what was lost to the fire.

While Rust is over eight years old, its popularity has surged recently after renewed attention on Twitch. In February, the survival game hit a new peak concurrent player count of around 245k players.

Data will be unable to be restored.

Facepunch Studios also recently revealed its plans for a Rust update in March that involves an underground rail network and tunnel dwellers. There’s currently no word on whether or not the fire will affect these plans, but we’ve asked, and will update this story if we hear back.