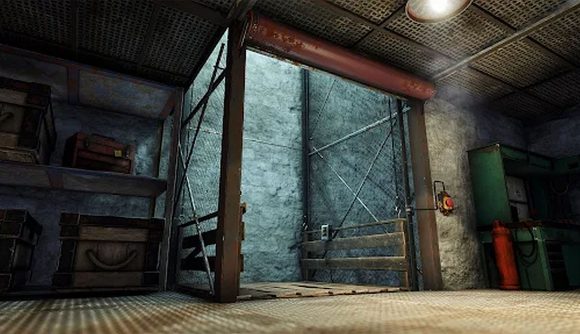 Rust, Facepunch Studios’ multiplayer survival fest, gets a bit of a lift this week, with the arrival of its Elevator update. The update adds the deployable feature as an option for your player bases, as well as a rework for the survival game’s map, and a bunch of other goodies, too.

The Rust Elevator update’s eponymous new addition lets players travel easily between their base’s different floors and levels, Facepunch announces in a press release, and it sounds easy enough to implement, too. All you have to do is plonk one on your settlement’s ground floor, then stack multiple others on top of it to create a working elevator system. The release only mentions “additional floors”, so it’s not clear just how far you can go with this – but, hey, the sky’s the limit, right?

Once you’ve powered your elevator, you can move it one floor up or down at a time using the controller’s respective buttons, or send it straight to the top or bottom of its shaft. You can also add power inputs to your various floors which you can use to call the elevator directly to them. Neat. Just make sure you don’t hang around underneath the elevators when they’re moving. Ouch.

Alongside the lifts themselves, the multiplayer game’s incoming update adds a brand-new spacesuit, which is the hazmat suit’s first skin, as well as some changes, bug fixes, and other tweaks. For example, the map gets all-new dirt trails, which make connections between monuments and the main road system, as well as a “larger road network” – that is, “a  brand-new road generation algorithm that improves the road layout and adds more realistic road connection points on the map”. 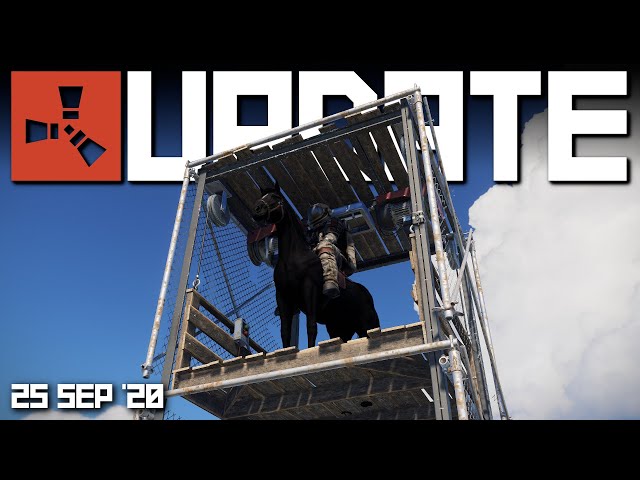 There’s more, too, though you’ll need to catch the sandbox game’s blog post at 19:00 BST / 14:00 ET / 11:00 PT tomorrow to find out the full details on all of the patch’s changes. The Rust Elevator update also goes live at that time – but before then, check out why building a base in Rust is about more than just size.