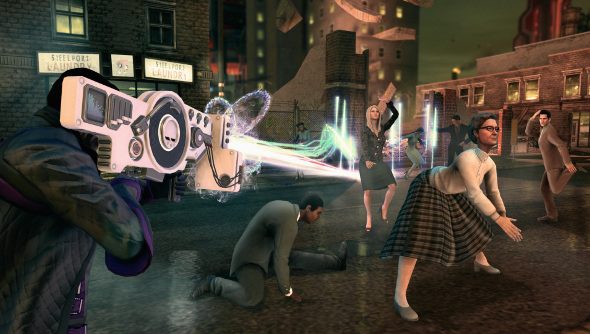 I have to spend a lot of money this weekend, to help commiserate a chum on making it to her 30th birthday. Travel to another city, a hotel room, presents, a fancy meal and enough booze to kill a blue whale – it ain’t going to be cheap. Don’t be me. Save your cash this weekend by playing Saints Row IV and Civilization: Beyond Earth for free.

Both games are free on Steam for the weekend, more specifically from now until Monday, 1pm PST. They’re both on sale, too. Saints Row has been slapped with a 75 percent discount, while the newer Beyond Earth has been discounted by 40 percent.

Either game will keep you very busy for the entire weekend, but if you only have time for one of them, it really should be Saints Row IV. It melds slapstick shenanigans with clever parody, and virtual Steelport is one of the best open world playgrounds that you could hope to spend an unusual weekend in. The standalone expansion, Gat out of Hell, is due out later this month, too.

It was also the game I chose as one of my personal best games of 2013, and I have excellent taste.