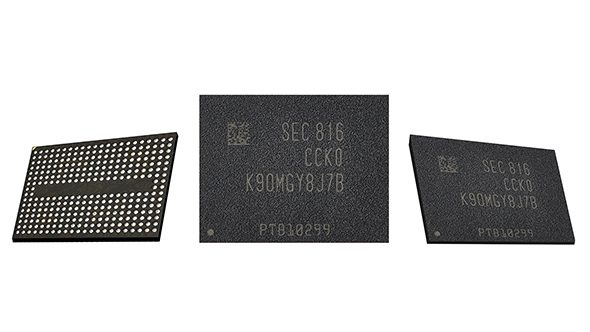 Samsung has announced it has begun mass production of its fifth-generation V-NAND memory tech. This speedy memory tech can reach speeds of up to a blistering 1.4Gbps and features more than 90 layers of data storage cells.

Alongside the announcement, Samsung also teased future QLC (quad-level cell) products. These high density NAND chips will likely be only for enterprise at first, but down the line they have potential to be tacked onto the low-end of Samsung’s V-NAND lineup to fill the gap somewhat between cheap hard drives and speedy, but expensive, SSDs.

Struggling with a sluggish PC? Here are the best SSDs for gaming available right now.

In the meantime, the fifth-generation 256Gb V-NAND is the first use of the “Toggle DDR 4.0” interface, which is a standard utilised to increase asynchronous NAND transfer speeds and let’s this new memory tech hit speeds 40% faster than the last generation 64-layer tech. This allows it to breeze past transfer speed limitations of earlier V-NAND tech in the likes of the Samsung 970 Evo SSD, for example.

What does that mean for the next-gen of gaming SSDs from the memory giant? Samsung are touting improvements to read speeds and a 30% improvement to write speeds over fourth-gen NAND, so these new V-NAND chips could make for some pretty speedy SSDs compared to even the best M.2 drives on the market today. 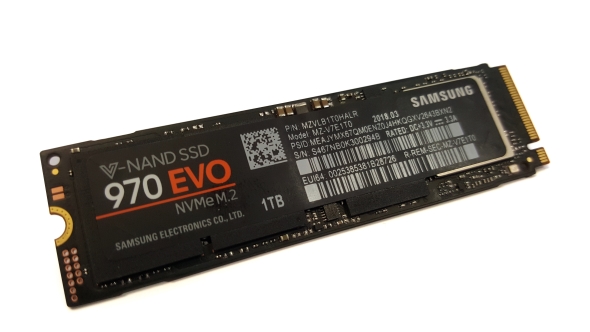 The company utilise charge-trap cells in the new V-NAND chip – the same ones Micron has adopted after ditching Intel with floating-gate cells. Each cell is capable of storing three-bits (TLC), but Samsung is also “preparing to introduce” QLC memory tech, which can store four bits per-cell. The Intel-Micron joint venture has also announced its own QLC SSDs – supposedly already shipping.

As bits-per-cell increases, reliability decreases. This is why TLC 3D NAND often sits below MLC (multi-level cell), and SLC (single-level cell) drives in the product stack. However, the benefit of TLC, and soon to be QLC, is that they will offer much higher densities within the same cramped die space. One day, once manufacturing complexity and prices drop, QLC may be set to replace hard drives in even our humble gaming rigs.

With Samsung now ramping up for volume production of fifth-gen V-NAND chips, a new generation of client SSDs could be on the way before the end of the year.