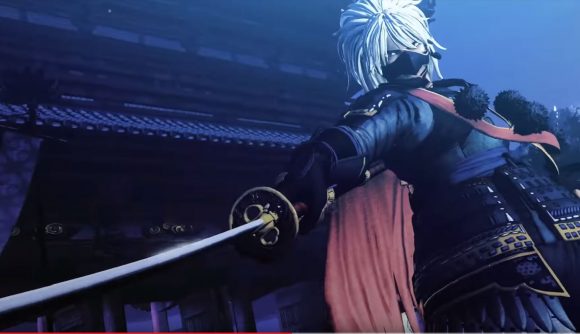 Nobuyuki Kuroki, director and art director on the upcoming Samurai Shodown reboot, has done an interview with Korean gaming website GameFocus, and it seems that developer SNK has turned down an exclusive deal for the PC release of the fighting game by an undisclosed “PC download sales platform” – and some people are guessing that it could be Epic Games.

As highlighted by Twitter user Gatoray, the GameFocus article reveals that the unnamed PC platform was seeking exclusive rights to distribute the game, and believed the 12th installment in the long-running series would sell “hundreds of thousands” of copies. It sounds like SNK rejected it because it believes it will sell a lot more than that – more than a million copies, in fact.

In the GameFocus article, it says (translated using Google) “Samurai Shodown wanted to sell his PC on a PC download sales platform on condition of a pre-order of hundreds of thousands of copies, but SNK Chief Commander declined Samurai [Shodown] as a title to be sold more than a million copies.” It sounds like the studio wasn’t keen to take up the offer on the terms of these predictions and is feeling optimistic about how well the game will sell.

What is interesting is that the platform that put this deal to the studio wasn’t named by the director, but users on a ResetEra thread where Gatoray’s tweet was posted have started a discussion on what it might be, with several users pretty certain that it’s Epic Games. This could well be jumping to conclusions, as there’s no indication at all so far that it was the Fortnite creators trying to scoop Samurai Shodown up as an exclusive. However, Epic Games has been pretty proactive in bringing aboard titles as Store exclusives in recent months – for example, Metro Exodus, Shenmue 3, and Phoenix Point. So while it’s far from certain it was Epic in this case, it’s certainly possible.

Kuroki director said, some PC download platform wanted an exclusive release on the condition of a pre-order of hundreds of thousands, but SNK CEO rejected because he thought Samurai Shodown will be for sale million copies.#Samuraishodown https://t.co/ux0y7kHLn7

Whether Samurai Showdown will sell a million copies, we’ll just have to wait and see – keep an eye out for its release winter 2019.