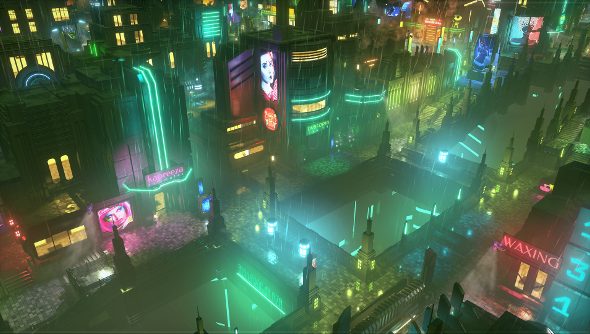 This milestone means that the squad-based tactics game is now feature complete, and if you can’t possibly restrain yourself until August, you can at least play through the entire thing now, with every part of the future-city being unlocked.

Along with the move to beta, Satellite Reign now has a release date: August 28th. That’s not the end, however, and Five Lives Studios is considering new content and future features.

“Of course, leaving Early Access is by no means a finish-line,” said the team. “Satellite Reign is hugely important to our little studio, and we’ll be continuing to support the game as long as necessary post-release, while also investigating new content and features we would like to add.”

I reviewed the Early Access version of the game, when it was still very early days, and it was enough to make me extremely optimistic about the game’s potential. Though small, at the time, it already had the tactical freedom and distinct sense of place that the original Syndicate boasted.