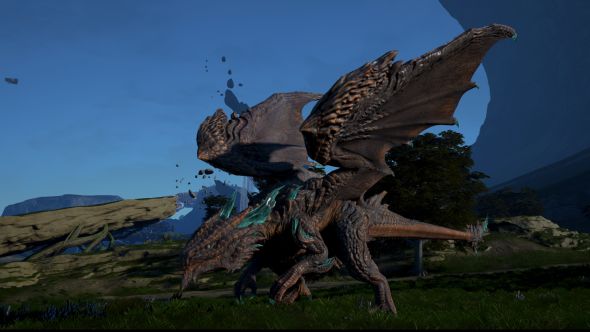 Platinum Games have commented on the cancellation of Scalebound, as has their co-founder and Scalebound director Hideki Kamiya. Their statements are light on juicy detail, but Kamiya hints at a stressful development cycle and makes clear he’s received a great deal of support from fans.

Don’t fret, there’s plenty more to look forward to in 2017. See our list of the most exciting upcoming PC games.

“We are very disappointed things ended up this way, especially since we know many of our fans were looking forward to this game as much as we were.”

He draws attention to Platinum’s other projects, saying “we will strive to continue delivering high-quality games to you, starting with NieR:Automata in March, and including products like Granblue Fantasy, Project Re:Link and Lost Order in the future.

“We will keep working hard to meet your expectations and we look forward to your continued support!

Hideki Kamiya took to Twitter to say the following:

“As you may have already heard, Scalebound has unfortunately been canceled. I’m very sorry to everyone who was looking forward to this game.Sorry to bring you such bad news at the start of the year. All I can do for you is to promise to keep delivering fun games. I’ll work extra hard to never have to let you down like this again, so I hope you will keep watching over us in the future too.”

Kamiya followed with an allusion to rumours that he had had to take time off for his mental health – some tweets from earlier in Scalebound’s development suggest his relationship with publishers Microsoft was far from smooth.

And…I took time off for my mental health? …Me!?

If there is a rift between Platinum and Microsoft, a further tweet from Kamiya suggests community sympathies lie with him.

I thought I would get lots of savage messages, but in reality I'm getting lots of warm messages. Thank you.
(´；_；`)

Scalebound would have been an epic RPG in which you got to ride a massive dragon. With minimal ceremony, Microsoft confirmed its cancellation earlier this week.