If you don’t remember Scalebound, it was an impressive-looking action game from Bayonetta and Nier: Automata creators Platinum Games – which was meant to be published by Microsoft for Xbox One and PC. It was announced in 2013, but was sadly cancelled in 2017.

Fans of the studio have held out hope for a revival, as Platinum generally do good work and Scalebound was looking particularly promising – there still aren’t many games where you have a fully-grown dragon as a companion. It’s unfortunately looking less likely now, as studio head Atsushi Inaba confirms that there are no plans for any sort of revival – at least not involving Platinum Games itself.

Inaba revealed this in a new interview with VGC. He also speaks frankly about the cancellation of Scalebound, how it wasn’t fair that Microsoft received the brunt of fan ire for the downfall of the promising-looking game – and that Platinum Games should share in that blame too. Or, as Inaba puts it, “both sides failed”.

He says, “watching fans getting angry at Microsoft over the cancellation wasn’t easy for us to watch. Because the reality is, when any game in development can’t get released it’s because both sides failed.” He doesn’t let Microsoft entirely off the hook, however. “I think there are areas where we could’ve done better and I’m sure there are areas that Microsoft as a publishing partner wish that they could’ve done better. Because nobody wants a game to be cancelled.” 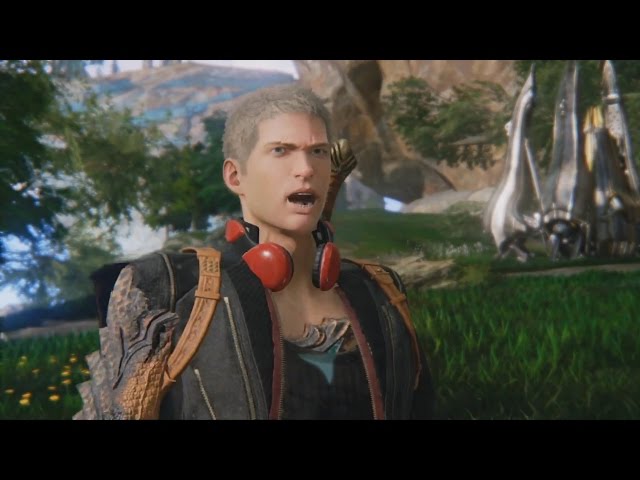 “We want to make sure that the publisher who gave us a chance to make a game in the first place isn’t treated poorly, ” Inaba adds. “The truth is, we don’t like to see Microsoft take the brunt of the fan ire because game development is hard and both sides learned lessons, for sure.”

Related: check out the best action-adventure games on PC

If a Scalebound revival does occur, it will do so without Platinum and still at Microsoft – as the publisher owns the IP, and even renewed it despite the game’s cancellation. Whether it will be any good if that happens, on the other hand, is another matter.