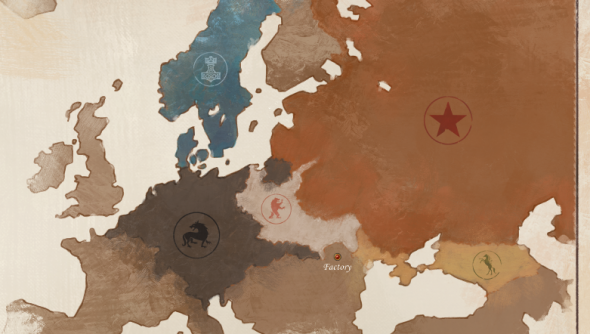 Asmodee Digital have confirmed they’re bringing the board game Scythe to PC.

Click here to read more upcoming PC games that we also know are in the works.

As reported by Eurogamer, Asmodee announced their plans to bring the game to Steam at Gen-Con, one of America’s biggest board game conventions.

There’s no confirmation yet as to when it’ll hit our screens, but it’s expected the videogamewill follow the story of its strategic board game namesake and be set in an “alternate-history 1920s period.”

The board game is aKickstarter success story, amassing an eye-watering$1,810,294 via the crowdfunder site in 2016.

“It is a time of farming and war, broken hearts and rusted gears, innovation and valor,”creators Stonemaier say. “In Scythe, each player represents a fallen leader attempting to restore their honor and lead their faction to power in Eastern Europa. Players conquer territory, enlist new recruits, reap resources, gain villagers, build structures, and activate monstrous mechs.”

And here’s an example of the opposite – a videogame becoming a board game. Fallout: The Board Game aims to capture as much of the original Fallout experience as possible, with a choice of wastelanders including ghouls, super mutants, and Brotherhood of Steel members joining the humans in the wasteland.