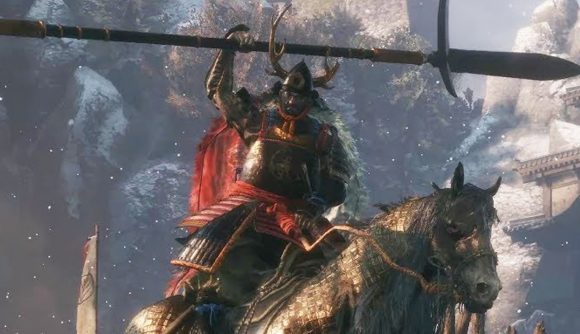 Much like From Software’s more famous Dark Souls games, Sekiro: Shadows Die Twice is one of the toughest games around – with early boss Gyoubu one of the toughest fights in the game. Now, as part of the AGDQ 2022 event, streamer Mitchriz beat the Sekiro boss blindfolded and made us all look terrible in comparison.

The latest Awesome Games Done Quick event ran its series of streams for charity this week, and AGDQ 2022 quickly shot past $1 million dollars raised for the Prevent Cancer Foundation in record time. While all the speedrunning streams so far have been impressive, taking on one of the toughest bosses in one of the toughest games around without taking a hit or being able to see the screen is on a whole new level.

Streamer Mitchriz, however, did exactly that. You can check out the whole fight below as part of yesterday’s stream, with the Gyoubu boss battle coming around 17 minutes into their blindfolded speedrun. Mitchriz managed the whole game in a respectable speedrunning time of around two hours – and was completely blind for the whole thing, remember.

Of course, this wasn’t just some random bit of fun or Mitchriz’s first time doing this – they’ve been practicing for a while, with their first speedrun attempt clocking in at more than twice the time.

Still, it’s that Gyoubu battle that seems to be resonating with fans – or, at least, making everyone depressed at their own lack of skill.

thinking about how long it took me to beat Gyoubu while this guy beats him blindfolded #AGDQ pic.twitter.com/BklwruLJzF

The good news is that we’ve got a guide on how to get through all the bosses in Sekiro, so get practicing.