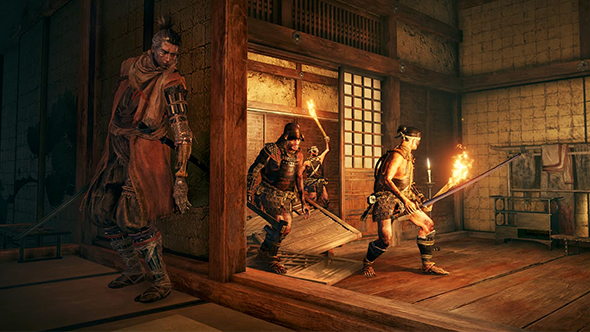 Hidetaka Miyazaki says that the entirety of the development of his upcoming game, samurai Souls-like Sekiro: Shadows Die Twice, has been handled by From Software, with limited involvement from Activision. In an interview with Famitsu, Miyazaki was asked about the level of collaboration between developer and publisher on the new project.

In the interview, Miyazaki said that “one of the most significant reasons for choosing Activision as a publisher was that they could give us advice about the entire length of game development.” But while the publisher may have offered advice, its impact on the rest of Sekiro’s development has been minimal.

Check out some of the worst boss fights in PC gaming.

Miyazaki told Famitsu that “all decisions about game development are made by us. Activision respects the game that we are making, and that we desire to make, and offers play impressions as well as advice about what we could do to improve the game. As always, we ask that all decisions after the title screen be left to us, and we’ve been successful in collaborating under this framework.”

Miyazaki says that Activision has helped with Sekiro’s tutorial, acknowledging that “we’re not particularly strong in those areas.” Otherwise, the publisher’s focus has been on “ease of play and comfort.”

Given FromSoft’s privileged position as a company able to discuss its vision with multiple publishers (both Bandai Namco and Sony have been attached to the Soulsborne games), it’s not too surprising that the studio wasn’t forced to compromise on their creative vision.

That said, ahead of the Sekiro: Shadows Die Twice release date, it’s good to know that Hidetaka Miyazaki and his very capable team are getting to make the game they want to make.