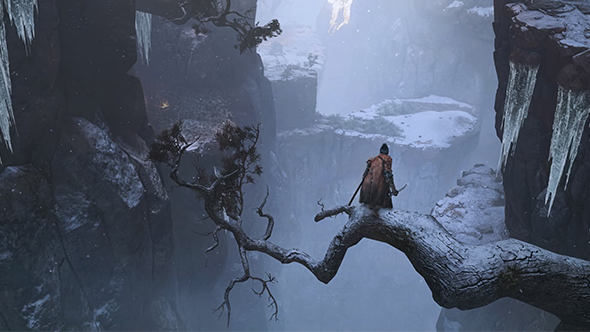 Sekiro: Shadows Die Twice was nearly another instalment in the long-running ninja series Tenchu. FromSoftware – which now owns the rights to the IP and has published a couple of recent instalments – took a lot of inspiration from the series, and only decided not to make a new game to avoid imitating it.

Sekiro director Hidetaka Miyazaki tells Japanese magazine Famitsu that there was the option to make it a Tenchu game, but Tenchu was originally a series made by many different developers, each with their own characteristics. FromSoft thought it would end up imitating them in the end, so gave up on the idea.

Like Tenchu, Sekiro: Shadows Die Twice is an action-adventure rather than an RPG. But if you miss leveling up, here’s our list of the best RPGs on PC.

Conceptual work on Sekiro began at the end of 2015, when development of Bloodborne’s DLC was wrapping up. FromSoft’s starting point was the keyword ‘ninja’, which naturally led them to think of Tenchu, a series from which Miyazaki says he took the greatest “stimulation” in those early stages.

You can check out Reddit’s translation of the Famitsu interviewhere, or the original Japanese viaEsuteru.

Tenchu: Stealth Assassins released in February 1998 for the original PlayStation. The most recent entry in the series was Tenchu: Shadow Assassins, which released in February 2009 for the Nintendo Wii and the Sony PSP. Most of the Tenchu games have been made by original developer Acquire, though FromSoftware has helped with publishing duties and port development since buying the rights from Activision in 2004. Interestingly, Activision has partnered with FromSoft on Sekiro.

To date, none of the Tenchu games have come to PC, but Sekiro will, when it releases in early 2019. That’s the closest we have to a Sekiro release date, but you can probably expect it to drop in March, since that’s when both Dark Souls III and Bloodborne came out.