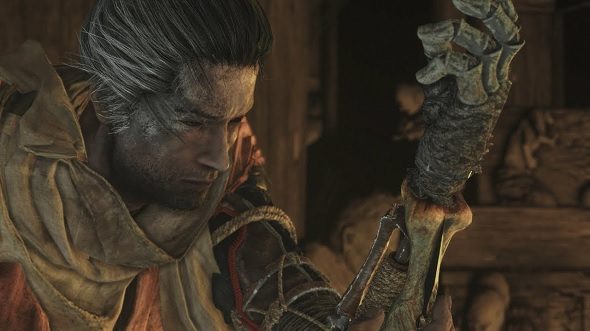 It sounds like Sekiro: Shadows Die Twice will be easier to get into than FromSoftware’s notoriously opaque Dark Souls games. But it’ll still be bloody hard, kill you a lot, and emphasise the sense of accomplishment you get from overcoming a huge challenge.

That’s according to game director Hidetaka Miyazaki himself in a new interview with Japanese site Game’s Talk. Most notably, Miyazaki says the team is following Activision’s principles about “appropriate onboarding” which, according to a translation on Reddit, he admits with a chuckle is “our weakness.” So no stumbling into catacombs full of over-leveled skeletons from the starting area this time, then.

They’re taking a new approach on several points, but FromSoft’s past work has included some of the best games on PC.

This isn’t the first important way in which FromSoft are changing its approach on this game. We recently heard that Sekiro is an action-adventure more than an action-RPG, with no stats, no classes, no character creation, and no Souls-like currency.

And yet the more things change, the more they stay the same. Miyazaki says the subtitle ‘Shadows Die Twice’ is intended as a hint to the player that you should, once again, prepare to die – many times. As with From’s other games, the “feeling of accomplishment in overcoming enemies is an important concept,” as is the joy one derives from being clever or wise in one’s approach and tactics.

Elegant map design is another Miyazaki hallmark, and Reddit’s translation suggests that much of the map is seamlessly interconnected – albeit with some exceptions – so perhaps we can look forward to more of those revelatory shortcuts. In fact, Miyazaki said that “the composition of the map is close to the original Dark Souls.”

The badass grapple hook (called a kaginawa) that we’ve seen in the trailer is also key in world traversal, with Miyazaki hoping we’ll explore the vertical and horizontal dimensions of the map a little more.

You can check out Game’s Talk’s interviewhere if you speak Japanese, or if you can’t then enjoy Google Translate.

We don’t yet have a Sekiro: Shadows Die Twice release date but we reckon it’ll be with us soon. We’ll update you with all the news on the game as it drops.