FromSoftware has revealed a new gameplay trailer for Sekiro: Shadows Die Twice. The video, which you can watch towards the bottom of this article, offers a closer look at the game’s stealth mechanics, as well as a first look at some brand-new bosses.

The trailer was shown earlier today at the Tokyo Games Show 2018. Unfortunately, that means that all of the voiceover work is in Japanese, so at the time of writing, I can’t tell you anything that it might offer in terms of narrative. What I can tell you, however, is that there’s plenty to see, even if we can’t understand what’s being said.

First up, it looks like those suggestions about Sekiro’s stealth mechanics weren’t exaggerated. The trailer shows the game’s hero creeping among some rafters, performing stealthy takedowns, and heading into secret rooms. If stealth isn’t your jam, however, then there’s also plenty of action on offer. In particular, there are some shots of what appear to be new bosses and mini-bosses, showing off some extremely fast-paced combat for those of you who fancy a more ‘all-guns-blazing’ approach.

The first of those is so fast I can barely make out anything about it, other than the fact that it’s wielding some Wolverine-style claws, and looks like it’ll be an absolute nightmare to fight. But hey, this is a FromSoft game, what else did you expect? 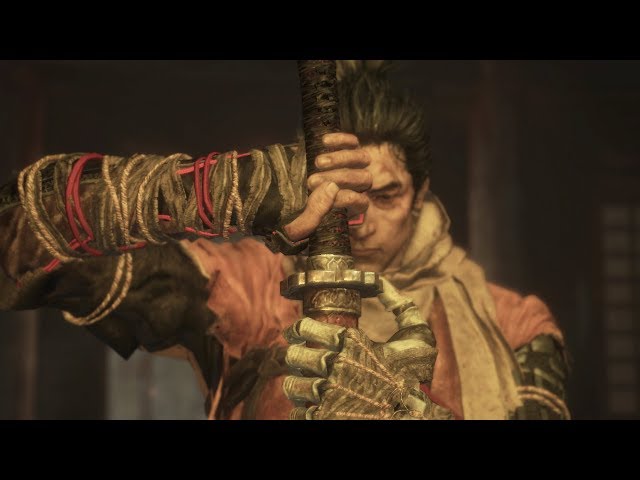 After that, there’s a guy who seems to be able to walk on spider webs, as well as an ornately-dressed figure in a Kabuki mask who has the unfortunate (for you) ability to almost literally melt into the shadows. To finish things off, there’s a terrifying monkey, who seems to be King Kong’s Japanese cousin.

The Sekiro: Shadows Die Twice release date is still set for early next year – March 22, to be precise. That means that there’s less than six months until you can start throwing your controller at the wall in frustration when you come up against those bosses! Hooray!