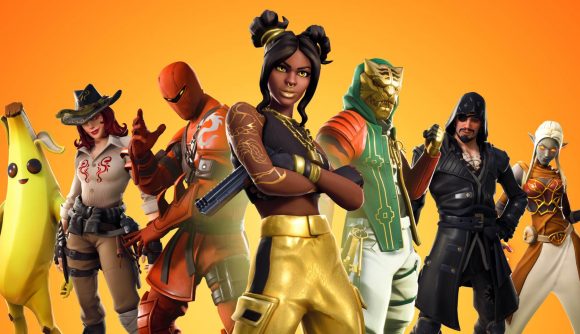 Two of the most popular streamers on Twitch were outrun in subscribers for the month of April – by a bot channel. Michael ‘Shroud’ Grzesiek and Turner ‘Tfue’ Tenney, known for their battle royale exploits, found themselves beaten in the race for new subs by a mysterious channel called ’01sh01′, which surged in popularity after its first stream on April 9.

Streaming in the Casino section of Twitch, ’01sh01′ grossed 567,067 followers in a matter of, oh, ten minutes, making it clear there was some foul play (via Dexerto). The channel, now deleted, had obviously set up a large number of fake bot followers to beat the likes of Shroud’s Twitch and Tfue’s Twitch so it could ride to the number one spot, drawing a flurry of attention to its gambling site – advertised in its profile picture – in the process. It worked, briefly, until Twitch copped the manipulation and axed the account.

This is the third incident of this type in recent memory. Shroud and fellow Twitch star Tyler ‘Ninja’ Blevins encountered a similar situation in December, and Shroud found himself in second place again in March, both due to gambling channels trying to drum up gonzo advertising for their casino websites.

In all three cases, they have been, at the very least, successful in getting their brand out there in front of a lot of new eyes.

While Twitch is unrepentant about laying down the banhammer on these accounts, it’s clear whatever exploit they’re using is in need of urgent fixing.