Yet again, researchers at the University of New South Wales have taken new steps towards our quantum computing future. The researchers have published a paper that outlines the design of a quantum computer chip, manufacturable via existing semiconductor tech – one step closer to silicon quantum machines.

This isn’t the first time we’ve heard about UNSW in 2017. Another group of researchers, led by Andrea Morello and Guilherme Tosi, proposed a ‘flip-flop qubit’ at the start of the year, which would allow for qubits to be produced similarly to current transistors.

The latest research paper outlines a new way of interacting or ‘turning on’ spin qubits via traditional transistor tech, known as CMOS, which is utilised in conventional computer chips. The research team was led by Andrew Dzurak, director of the Australian National Fabrication Facility at UNSW, and Dr Menno Veldhorst, a research fellow and lead author of the paper.

Quantum bits, or qubits, can exist in multiple states at once – or superposition of both states, as it is referred to – which separates them from the single-state, on or off, bits that we find at the core of computing today.

There are many approaches to how we should design and interact with quantum bits. They are incredible fragile, and face many manufacturing and scaling issues at this point in time, which is causing massive headaches for all quantum contenders, including Intel, Google, and IBM – who are all working on there own quantum machines. 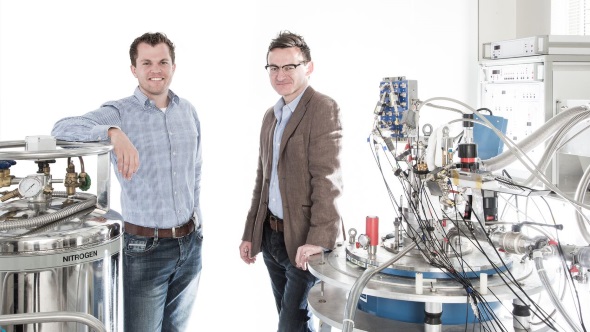 The approach focuses on attempting to create a scalable manufacturing quantum design, and the paper, published in the Nature journal, outlines a blueprint on how to achieve this. Of course, there are a few hurdles to jump before we all start working on quantum-powered Google Docs, but researchers believe this is a step in the right direction that lays the ‘groundwork’ for future progress.

To simplify drastically, the design uses a two-dimensional array that will use electrodes above the qubits to control their spin, and store the binary code of zero or one. Quantum calculations can also be achieved between multiple qubits by selecting electrodes between their entangled states. The researchers are also employing error-correcting codes that utilise multiple cubics to store a single piece of data. This reduces tiny errors being ‘amplified into wrong answers’.

The team and UNSW have managed to sign a deal worth $83 million from telecommunications company Telstra, the Commonwealth bank, and even the Australian and New South Wales governments, to develop a ten-qubit quantum chip in silicon by 2020. A considerable step toward mass-production, if achieved.

With Intel recently delivering their groundbreaking 17-qubit superconducting quantum chip to QuTech in the Netherlands (where UNSW’s Veldhorst now works), the future of quantum computing is looking bright, especially with the rise of parallel computing requirements in modern AI and machine-learning tech driving research forward. We are still a long way off, but with the close competition and massive money moving towards quantum solutions, we seem to be on the right path to solving that pesky quantum tunnelling issue as Moore’s Law marches on to its inevitable doom.