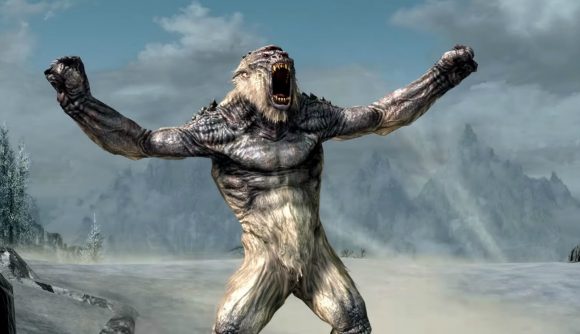 A developer of a popular Skyrim multiplayer mod says that the team “doesn’t owe the community anything.” Maxgriot, one of the mod team behind Skyrim Together, posted a comment on Reddit earlier this month suggesting that the developers have considered giving up on the project due to the reaction from players.

Maxgriot’s comments were made in response to a post on the mod’s subreddit. The content of the post – titled “Is something going to happen?” – has now been deleted (a screenshot of Maxgriot’s commetns can be found here), but the development team seems to have been upset by its overall message. Maxgriot responded telling the original poster that “we don’t owe the community anything,” and that updates are posted only “if we feel like spending time doing it.”

He follows up by saying that the team is “NOT making this for the community,” and that “the community has been so toxic we even considered saying ‘fuck it’ and [giving] up, or [continuing] but never [releasing] anything to the public. We are making this for ourselves because we think it’s a very fun project to work on and we learn a ton doing this.”

“People leaving is the least of our concern as they will come back when it’s released, we aren’t trying to build a community. Please let us be and do things the way we want.”

Related: Ultimate Skyrim 4.0 is the easiest way to overhaul the game

As pointed out in the response to that comment, the community around the mod is still contributing more than $18,000 per month to the development process via Patreon – at the height of the project’s popularity, that figure rose to nearly double the current amount.

Despite huge popularity around the release of the Skyrim Together closed beta earlier this year, the project has since been marred by controversy. The beta ended abruptly when the team was accused of using code from the Skyrim Script Extender mod without permission. The team currently claims that it’s trying to remove that code from the mod before allowing any new access.