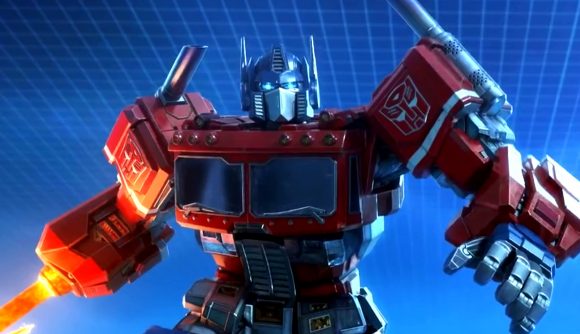 Hi-Rez Studios’ Smite was originally conceived as a free-to-play MOBA game where the gods fought each other, but recent Battle Pass crossovers have called this into question. Now the developer has revealed that Hasbro’s Transformers will be joining the battle next month, because after Stranger Things everything’s a god, apparently.

As revealed in the cinematic trailer below, the Smite x Transformers Battle Pass will be available on November 16. Previous Battle Pass crossovers include the aforementioned Stranger Things, Rooster Teeth’s RWBY, Nickelodeon’s Avatar: The Last Airbender, and the Teenage Mutant Ninja Turtles. So yes, next month Optimus Prime will be able to battle Raphael, Aang, and Eleven.

Technically these are all skins rather than all-new Smite characters, so Megatron is a skin for Ra, Optimus Prime is Geb, and Starscream is Jing Wei. Nevertheless, they play exactly like Transformers, complete with the ability to transform and drive or fly around the battlefield – don’t worry, Megatron turns into a tank rather than his useless gun. The skins also come in two varieties: modern and cel-shaded like the original cartoon.

The full trailer can be seen below, which may be the first time the original Transformers theme tune has ever been used in a game trailer. There will be a further look at the Smite x Transformers crossover this Wednesday, along with exactly how Optimus Prime, Megatron, and Starscream will play in-game. Maybe there’ll even be an explanation for why there’s only one Autobot and why they left out Bumblebee. 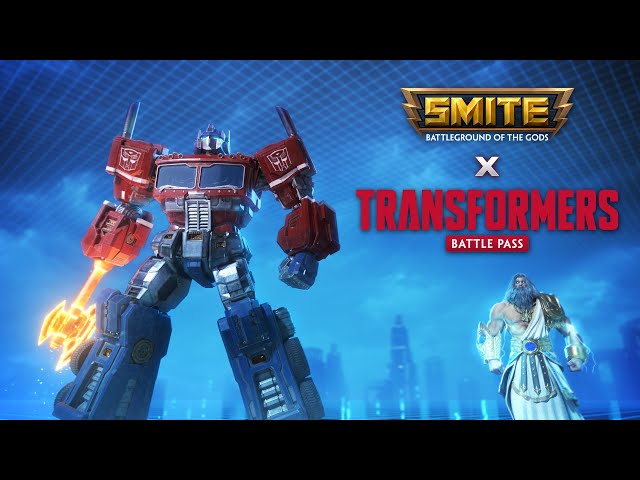 The last notable Transformers game was the cel-shaded action game Transformers: Devastation back in 2015, which has now been delisted along with the classic Cybertron games – although there was another crossover with World of Warships just last year.