Over the course of his illustrious career, game designer Mike Bithell has made us care deeply for the plight of abstract shapes, captivated us with faceless robots, and let us plan out gun-kata scenes for the Baba Yaga himself. We heard rumours that his next game was going to be a steampunk version of minesweeper starring the cast of Rooster Teeth (this is a lie). Turns out it’s actually The Solitaire Conspiracy – a narrative sci-fi twist on the classic card game, starring Kinda Funny’s Greg Miller in a story told through FMV cutscenes. As far as elevator pitches go, we’ll forgive you if you just missed your floor.

“Join a world of near-future spies and take on a supervillain in this supercharged take on classic Solitaire,” reads the description on The Solitaire Conspiracy’s Epic Store page. “Precision engineered for replayable espionage action,” which we believe is cyber-speak for ‘highly replayable’.

If you’ve had enough Solitaire to last a lifetime, though, never fear, as the game brings plenty of its own ideas to the table. It’s “inspired by a variant of solitaire’ called Streets and Alleys, but with “small adjustments”, plus the “big addition of suit based powers.” 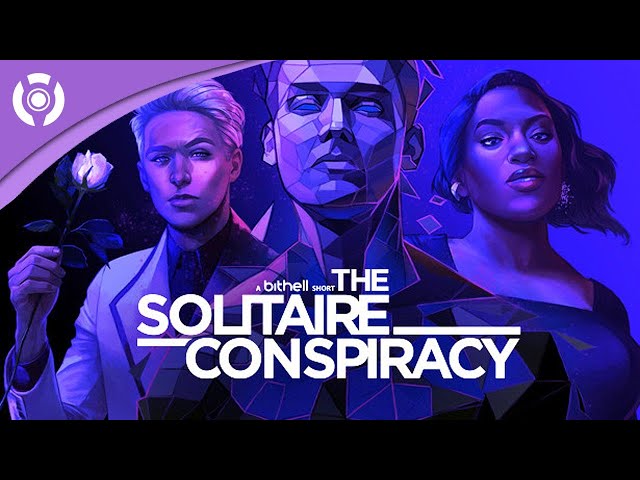 Bithell’s last outing was John Wick: Hex. Jeremy Peel said in our review that “It’s the small stuff that sells the pauses in John Wick Hex’s turn-based action: the rain suspended mid-drop, the ceiling fans that still their rotation. But my favourite granular detail is the lobby metal detector that beeps in apparent tribute to The Matrix whenever a combatant passes through”.

While you’re here, don’t forget to check out our favourite card games and story games on PC.