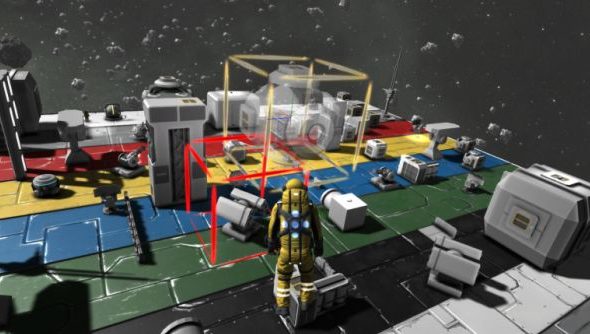 Keen Software House have opened up the circuitry of their million-selling space sandbox to anybody with the inclination to tinker with it. The source code for Space Engineers is yours to download and take apart as of this evening.

Space Engineers will remain on sale on Steam, and development will continue alongside that of Medieval Engineers. Keen began a hiring process at the beginning of work on Medieval that has allowed Early Access work on Space Engineers to continue unabated; just today, the game gained Xbox controller compatibility, modding support for new upgrade modules, and a new mission.

Space Engineers’ source code should lay the groundwork for the free modular brain simulator Keen are prepping for release in two months’ time, that will allow Space and Medieval Engineers players to design and teach their own AI.

That’s the fruit of the Keen Software self-improving AI project that occupies their third in-house team – and which we’ve been assured probably won’t Skynet us all into extinction.

What ends would you like to see Space Engineers’ souce code turned to?