The Space Engineers are going to war! The developer behind this impressive sandbox space game is finally taking a stab at the way warfare is handled, with a new patch and mini-DLC pack that, between them, revamps infantry combat.

Update 1.198 overhauls the mechanics around ground combat, with new weapons – including two new rocket launchers and three new pistols – and new gun mechanics that bring the infantry combat more in-line with what you’d see in other FPS games. There are also some free new blocks, as well as lots of quality of life and user experience improvements to further help facilitate competitive play.

Alongside the free patch is the Warfare 1: Field Engineer DLC pack, which introduces a range of new block types, a new skin, and some emotes. You can still interact with these blocks even if you don’t own the DLC, but only those that have purchased will be able to actually build the new blocks. This is the first step in a new series of warfare-themed updates. Keen Software House CEO Marek Rosa confirmed in a blog post that Warfare 2 will be coming “in the future”, although we don’t know what it will cover.

Space Engineers offers a deep simulation experience that’s hyper-detailed and based (more-or-less) on real science. Like Kerbal Space Program it’s one of the earliest Early Access games to arrive on Steam, although it formally left the program in 2019. Since then the development team has been continuing to expand and evolve by improving the original design. 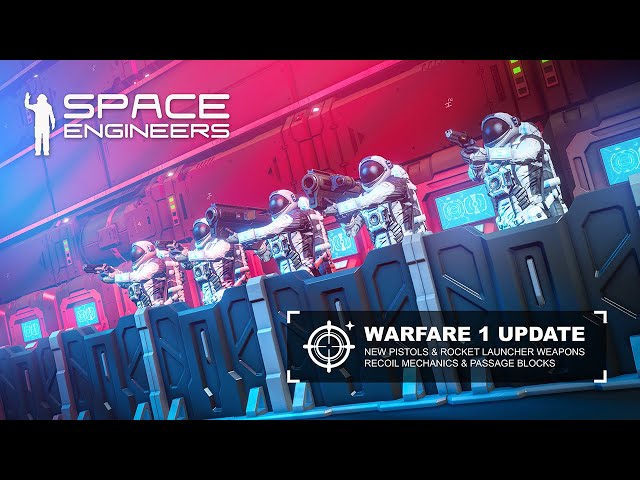 If you’ve never played it before, the basic premise is that you harvest resources and build things, whether they be ships, stations, or something else. You can play solo or in multiplayer with up to 16 people. Since 2015 you’ve also been able to land on planets as well, building terrestrial vehicles and buildings. The maps can be big, involving planets, moons, and asteroid clusters, and you can build everything from rovers, to fighters, to giant space carriers.

Warfare has always been a part of the game’s DNA, although it’s never been a central focus. Infantry weapons have always existed, and you’ve been able to outfit your ships and fighters with space-based weapons since the beginning as well. It’s a slightly stagnant area of the game, although individual aspects such as ordnance behaviours and the block damage models have been tweaked over the years. 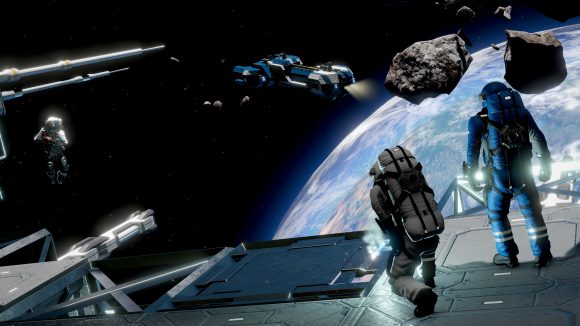 It’s good that the developers are now looking firmly to improve these mechanics as the creation and exploration elements of Space Engineers are pretty solid now.