There are few things that sound like a better idea to me than Space Hulk: Deathwing. It’s a Warhammer 40,000 first-person shooter where you get to kill Tyranids with Storm Bolters -what could possibly go wrong? Well, ignoring the horrendous damage Fire Warrior did to not only that idea but my personal psyche and the decade or more it set back Warhammer videogames, the answer is nothing. In these latest screenshots, that’s only reconfirmed.

Find something else to shoot with our list of the best FPS games.

The focus here is on how large the environments you can fight in will be. Turns out that the franchise that mostly involves shells bigger than your arm and 10 foot tall god-warriors is also keen to have the largest buildings to house them. 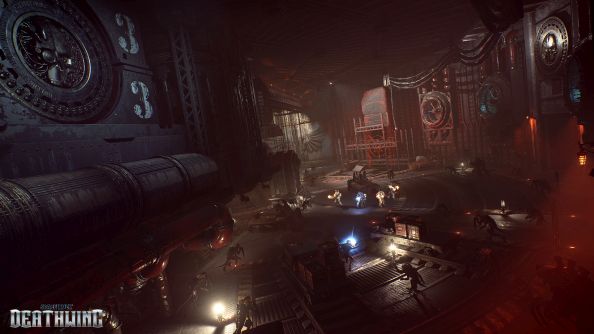 Nice place, eh? The game itself is hitting the same angle as Left 4 Dead or more recently Vermintide – you, some friends, big terminator armour and an awful lot of Genestealers to fight. It’s one of what feels like a hundred thousand Warhammer tie-ins, but as part of the Focus Home stable it’s one I’m interested in. Fire Warrior jokes aside, it would be good to get a fun, proper 40k shooter, and honestly that game wasn’t a million miles away. It just wasn’t polished enough to exploit its rad setting. 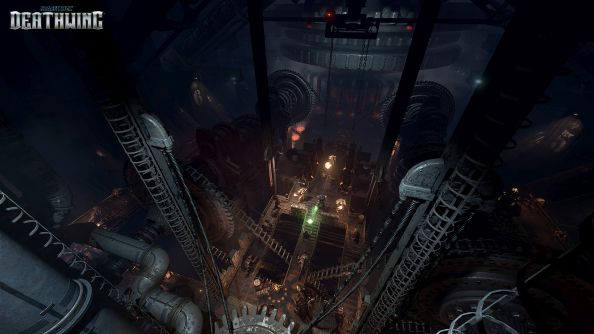 What we don’t know yet is how it will play. A now 12-month old Deathwing trailer is the closest we can get, and it’s both cinematic and stunningly odd. It’s just as pretty as the rest of these screenshotsbut also about as informative. Hopefully they are the indication that more is on the way with better explanation before release some time this year.