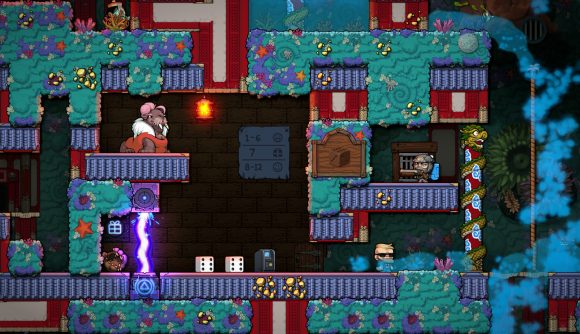 The Spelunky 2 release date is nearly here, but is the upcoming PC game a return to form or something else entirely? It’s coming to PlayStation 4 sooner than it is to Steam, so we’ve got a handful of reviews well ahead of the big launch to mull over and help us decide if we’ll be spending our pennies on this one.

So far the news is good if you’re a Spelunky fan as the critical reception is fantastic. Opencritic surveyed six reviews and found the indie game to hold an average of 90 out of 100. Metacritic took in one less review and tallies an overall score of 91 out of 100. Not too shabby.

The highest score right now comes from IGN, who gives it a perfect ten. “Mossmouth took its time and managed to deliver a masterpiece that improves upon its predecessor in ways I never even would have imagined,” the review reads. “Spelunky 2 takes everything that made the original great and expands upon each of those individual aspects without ever over complicating the elegant, retro simplicity of its 2D platforming.”

The lowest comes from Destructoid, who scores it at an eight out of ten. We use the term lowest lightly here, as it’s still a well good score.

Anyway, without further adieu, here are the Spelunky 2 review scores in full:

Creator Derek Yu says on Twitter that the game will set you back $19.99 on PlayStation 4, so we would expect something similar on Steam. You can pick this one up on PS4 September 15, but if you’re willing to wait, it’ll be on Valve’s storefront September 29.