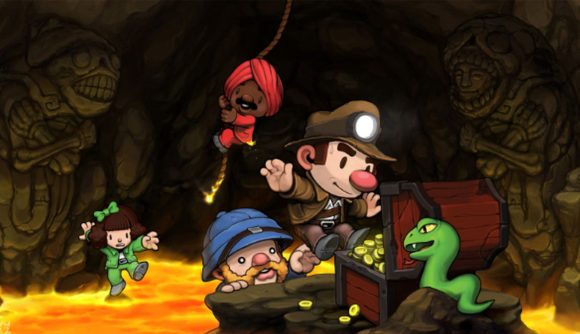 Spelunky 2 developer Mossmouth has now revealed the Spelunky 2 Steam release date. As the studio promised, it’s coming a couple weeks after the September 15 launch of the PlayStation 4 version, arriving on Steam September 29. Creator Derek Yu shared the news in a tweet, adding “the walls are shifting once again…!” and punctuating it with an eggplant emoji.

In a post on the PlayStation Blog earlier this year, Yu shared details about the upcoming sequel. “First off, we’ve been working on making the game look even nicer, adding more details to each area and making sure that the ones that were already in there popped out better,” he wrote.

“I think we’ve struck a good balance now, where the graphics are crisp and easy to parse, but the details still stand out enough so that you can easily soak them up as you play the game. Effects like lighting and liquids are more vibrant now, too, contributing to that feeling of a dynamic, living world that has been our goal since day one.”

He continued: “Content-wise, one of my goals with Spelunky 2 was to make each run feel even more like a personalised adventure.” To that end, Yu says there will be new items designed to have “obvious and non-obvious interactions with the rest of the world” and more characters like the original Spelunky’s shopkeeper who “can help or hinder the player in unexpected ways”.

We have a date! #Spelunky2 is coming to Steam on September 29. Wishlist the game here to get a notification as soon as it releases:https://t.co/c6WKBfDRsh

The walls are shifting once again…! 🍆 pic.twitter.com/MUIo5E01sv

Deathmatch, the first game’s multiplayer mode, will be expanded this time around, while Adventure mode’s progression is more like “building a small community of friends and family” in the sequel. Improvements to the game’s audio, journal, and menus are also mentioned. We can’t wait. 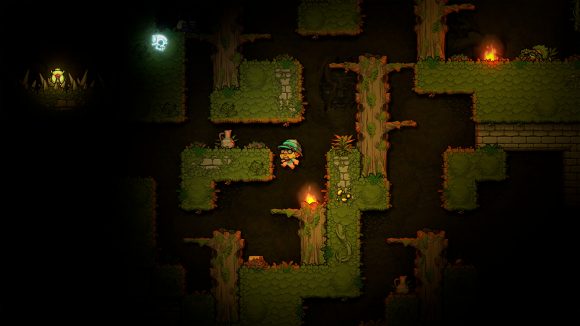 Spelunky 2 was originally slated for a 2019 launch but was later delayed. We’re eager to find whatever new devious traps Yu has in store for us in this sequel to one of the greatest platform games of the past 10 years.