Google Stadia’s release date has been leaked ahead of today’s Stadia Connect livestream. The new game streaming service is going to kick off in November this year with a $10/month Stadia Pro subscription ($12 Canadian) that will net you 4K gaming at 60fps right off the bat.

We were expecting to hear all this good stuff later on today as Google had aimed to get the news out early via its own livestream before next week’s E3 show swallows up all the gaming news. But it probably hadn’t wanted to get it out quite this early, and yet a French Canadian site has now posted a feature leaking all the details before it can get it all on video.

The translation may be a little rough, and the prices might well be in Canadian dollars, but the key points are pretty clear. Yes, Stadia will have a monthly subscription model, but it will only cover a select catalogue of games, with newer titles having to be purchased individually. If you’re thinking Xbox Game Pass you’ll be in step with Google’s own thinking. If you’re thinking Xbox Game Pass for PC we’ll have to have words about your imagination when it comes to titling a new service…

The La Presse article (via Resetera) explains that from later today you’ll be able to pre-order the Founder’s Edition kit – yes, it’s copying Nvidia – which gives you a Chromecast Ultra, the Stadia Controller, Destiny 2, and a three month subscription, all for the princely sum of $169 Canadian. That translates to $129 US, or around £130.

PC pads: The best controllers for PC around today

According to the piece the Founder Edition will be the only way to access Stadia at the November launch, though Google is reportedly promising that, in 2020, any machine which has the Chrome browser installed on it will have complete access to the Stadia streaming platform. 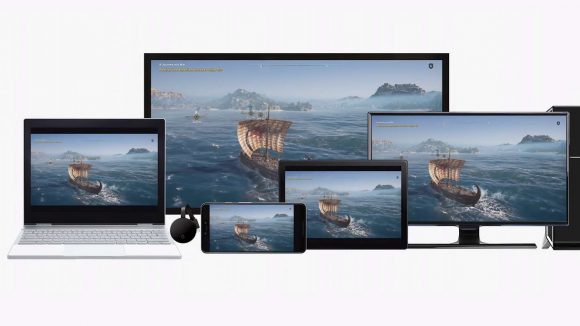 Along with the Founder Edition there will only be a single subscription tier available at launch, a $12 per month Stadia Pro sub. That’s likely in Canadian dollars, so could end up being around $10 US or £10 in the UK. At the November launch it will be available in 14 countries, which would be the US, Canada, the UK, and some other European countries too.

With the Stadia Pro sub you will reportedly gain access to 4K game streaming at 60fps, and a small game catalogue will be included for free with that. Another 31 different titles will be available to purchase for the platform at launch, which will include Assassin’s Creed Odyssey, The Division 2, and four other Ubisoft titles, as well as Bethesda’s 2016 version of Doom, and all three of Square Enix’s recent Tomb Raider franchise.

The article states that the catalogue will be rapidly expanded and “all games can go on Stadia, there is no constraint,” Google’s Majd Baker is reported to have said.

There will also be a Stadia Base subscription, though that lower-tier sub isn’t scheduled to appear until 2020, when the platform is opened up beyond the Founder Edition kit. That will be a free platform sub, but won’t offer access to any of the free games, and will be limited to 1080p. The only games you’ll be able to stream on the Stadia Base sub will then be the ones you buy yourself. 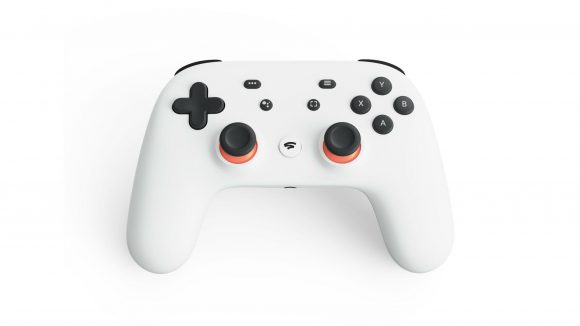 In terms of the connection you’re going to need, for both subscriptions there will be a minimum download requirement of 10Mbps and with a necessary 1Mbps upload speed. The stream will adapt to the network it’s running on, but to enjoy 4K streaming with 5.1 audio you’re going to need a 35Mbps downstream connection.

Google says that the aim of the platform is to provide a level of computational power that no gaming PC or console can ever match, which will allow devs to create more sophisticated experiences for Stadia than for any other platform.

“It gives an elasticity of resources,” Baker says, “that will allow them to create incredible games. For example, games where there are 10,000 players at the same time and where the rendering is infinite.”

In terms of the latency, Google is adamant that gamers won’t see any difference between a local console and its Stadia streaming platform. “Tests have shown that there is no difference in latency between Stadia and Xbox One S,” says Baker.

Part of that could be the ‘negative latency’ Google also references in the piece. This sounds like some sort of technical voodoo that is able to predict a player’s movement in the gameworld to reduce any feeling of latency. Hopefully we’ll hear more about that tonight, as well as whether any of this leaked information is true too…