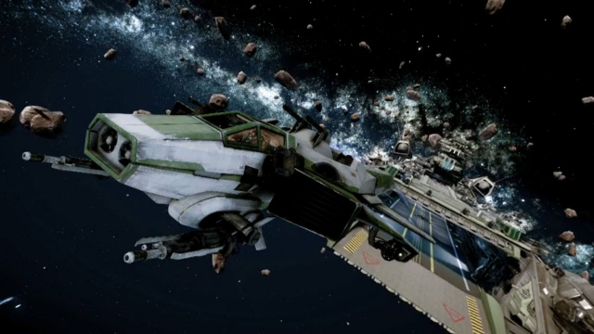 Star Citizen citizen has a long way to go before it starts to look like a game that’s had over $70 million flung at it. Chris Roberts’ goals are as hard to visualise, at this point, as they absurd amount of money he’s raised.

In his latest “Letter from the Chairman”, however, Roberts writes about how the team is doubling down on content, and how the disparate parts of Star Citizen are going to start to come together.

“What I would really like to talk about today is what an exciting time this is in Star Citizen’s development,” writes Roberts. “Building our universe is already the most creatively satisfying thing I’ve ever done. But the coming months are going to be something else. Without sharing internal target dates, I will tell you that we are entering into the tightest schedule we’ve ever had for public releases.”

At the moment, backers are able to play with the Arena Commander dogfighting module, but RSI has been working on FPS combat, which was demoed at PAX Australia last year, a persistent universe with planets waiting to be explored, which Roberts showed off at CitizenCon 2014, and Arena Commander updates. And they are all coming soon, Roberts reveals.

“In short order, you will see Arena Commander 1.1 (now with REC!), the FPS module and the so-called ‘social module,’ our first foray into the persistent universe. We’ve talked a lot about how Star Citizen will come together from disparate pieces over the past year, and we are now entering into when that happens.