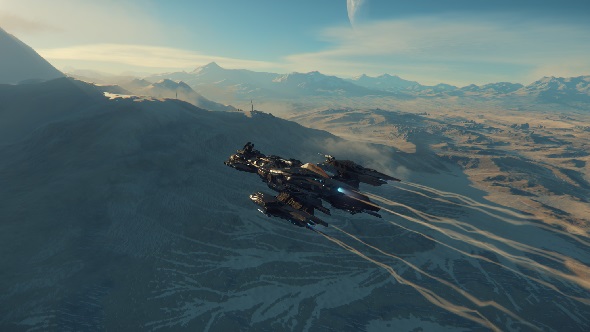 It’s a bit weird when you think about it, but one thing players have been waiting for in Star Citizen is planetary landings. That is actually, y’know, going back down to a planet rather than zipping about the galaxy. Well, anyway: it looks like we can finally take a look at what you’ll be doing when you get down to solid ground.

Here’s what the future of Star Citizen’s development roadmap looks like.

Caught by Eurogamer, a stream from the Star Citizen Gamescom booth showed off how it all works. The shortened version, uploaded by MKIceAndFire, can be found above, while you could watch the full four hour long stream just below.

You can expect some brand new gameplay, but other than that, we’re not sure what will be shown. Squadron 42 details, perhaps?