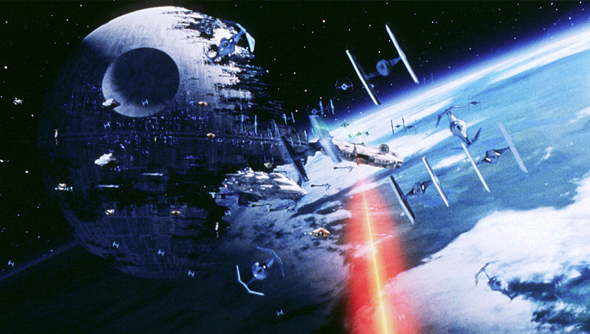 Since acquiring the license to develop Star Wars games, EA’s only announced that it has DICE working on Battlefront 3. We know both Bioware and Visceral Games are lined up and ready to begin work on their own Star Wars titles, we just don’t know what they are.

Domains registered by Disney on Friday may point to the title of one of those unannounced games, Star Wars: Attack Squadron.

Now, those registrations don’t link to EA at all. And we know that Disney are doing a lot more than just games with the acquisition of the Star Wars license. There’s a new trilogy of films in the works for one thing.

What suggests a link between EA and Disney on this is that, back in 2000, EA registered AttackSquadron.com. It could be that EA’s had a proposal in its archives for years now and it’s being brushed off and turned into an active project.

My fingers are firmly crossed for a Frostbite 3-powered space shooter of the TIE Fighter/Rogue Squadron persuasion. Oh, and, of course, with support for the Oculus Rift. Someone needs to give CCP a run for their money when it comes to VR space combat.