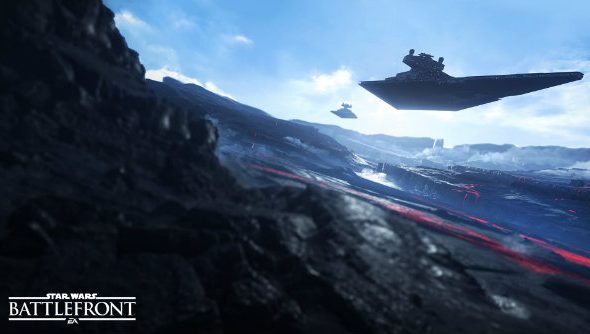 It seems 2017 is on track to be the year of EA. Earlier on, the publisher confirmed that Mass Effect: Andromeda was slipping into next year, but the company has since been teasing what else is coming during tonight’s earnings call.

This list of upcoming PC games just keeps getting stronger and stronger.

During a financial call tonight, EA revealed that a new Star Wars Battlefront would be launching next year, presumably to release around the same time as the next movie. With the first game selling over 14 million units, it’s not a huge surprise.

Hopefully EA use fan reaction from the first game to improve the second and actually add in a campaign mode this time. While I thought Star Wars Battlefront was a decent shooter, there’s no arguing that a single-player mode would have strengthened it as a package.

It’ll be interesting to see what it’s based on, too, as some of the recent DLC – particularly the new heroes – has been scraping the bottom of the barrel.

In other Star Wars news, EA noted that a new action game based on Star Wars from Dead Space developer Visceral will follow in 2018.

EA also revealed that a new IP would be coming next year, with more information to be revealed soon. Expect more at next month’s EA Play conference on June 12.

Additionally, Titanfall 2 was marked for a Q3 release, suggesting it will release between October and the end of the year.