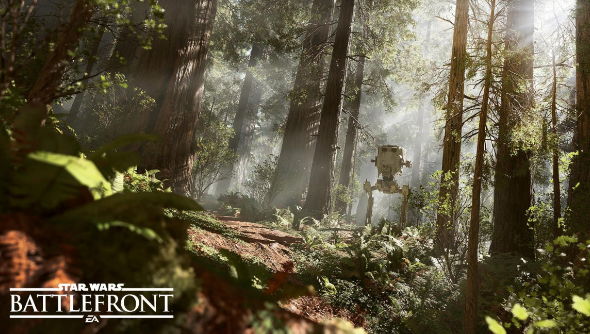 So what will Battlefront have instead? Design director Niklas Fegraeus told OXM that players will be able to “freely” choose what weapons and gears they want to take into battle, rather than selecting pre-made class loadouts. Equipment is unlocked by earning XP.

Rather than any kind of squad system to keep players together, Battlefront instead will focus on a smaller relationship between individual players. ‘Partners’ will link two players together. Partners will be able to locate each other on their HUDs, spawn at each other’s locations, and also share equipment. So partner up with a high level player and you’ll have access to some much more advanced weapon unlocks. For friends that often play together, this would encourage each friend to unlock different weapons to allow for a large pool of options when partnered up.