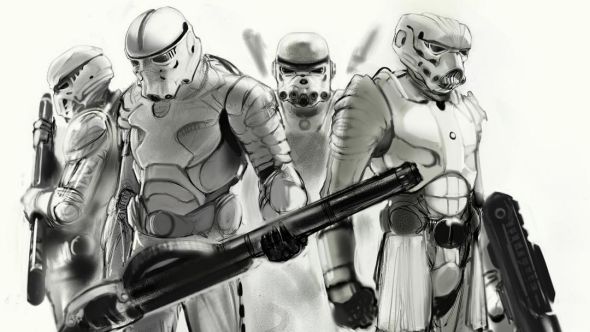 Intriguing concept art for a couple of unreleased sci-fi videogames has surfaced. It looks a bit like it might’ve been drawn from a Star Wars project.

Here are some exciting upcoming PC games that are definitely happening and not cancelled.

The images come from concept artist Carlos Huante’s Instagram, and are taken from two different games. Both are unreleased projects, and Huante doesn’t name either. Nonetheless, Demoncarnotaur on NeoGAF has made the guess that both are Star Wars games. 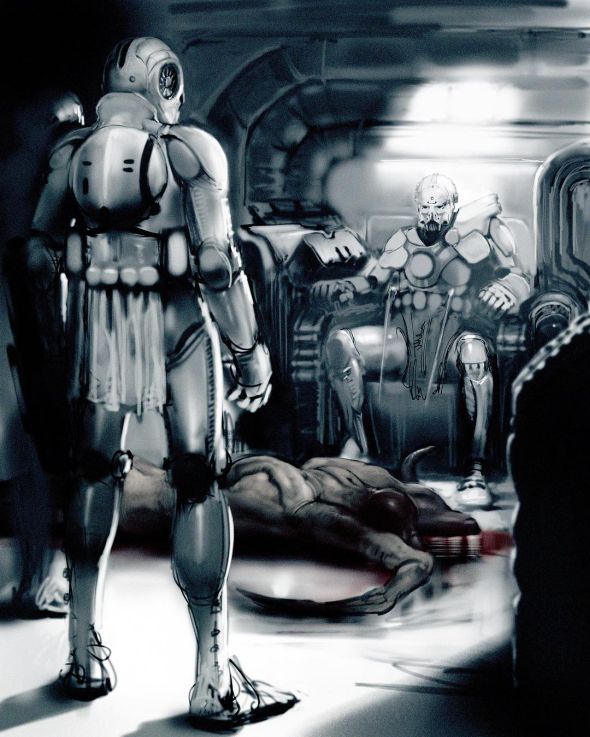 We can see his point, but still, it’s a bit of a leap. The white-armoured soldiers from the first project look more like stormtroopers than anything else, but they don’t look resemble troopers from any period in Star Wars history of which I’m aware: they are neither clonetroopers or New Order stormtroopers, nor anything in between. Perhaps they are intended to be variants. 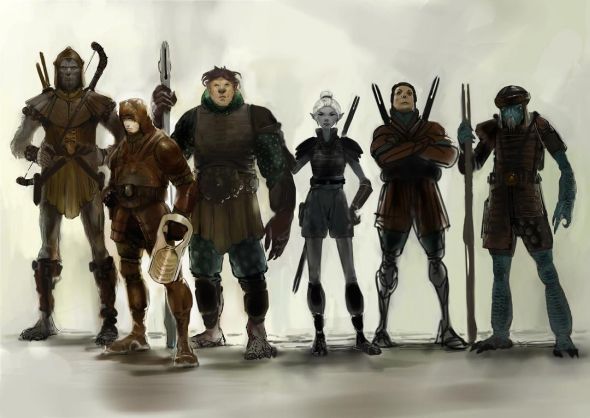 Here’s an example of art from the second project – as you can see, it’s a more diverse, colourful line-up of characters than the monochrome troopers in the first.

If these were from a cancelled Star Wars project, there are plenty to choose from. When LucasArts shuttered in 2013, it emerged that it canned at least 20 Star Wars titles over the years, including Jedi Knight III: Brink of Darkness and the bounty hunter-focused Star Wars: 1313.

What do you reckon these concepts were for? Do they look like Star Wars to you?