Not content to provide just one graphical overhaul for the 1998 classic StarCraft, last month publisher Blizzard released StarCraft: Cartooned, a second remaster that presents the seminal RTS in an adorable 2D aesthetic. A collaboration between Blizzard and YouTube animators Carbot Animations, the project began in mid-2018, with Carbot drawing and animating every frame of the recreation from the ground up.

The undertaking was a daunting one for the fledgling animation studio. It had contributed art to various Blizzard releases, including Heroes of the Storm, but Cartooned was a project on a new scale. Carbot rose to the occasion, of course, reimagining StarCraft history in a fun way for players new and old – and further inspiring the outfit to produce a game of its own someday.

“Blizzard picked us up right away – it was just me at the time – and they featured us on their website,” Carbot Animation founder Jonathan Burton tells me. “It happened really quick; in the first month we had 25,000 subscribers, and from there we just kept growing.”

Studying animation in Sheridan College, Ontario, Burton decided to start making YouTube videos in summer 2012. A fervent StarCraft player, he made a weekly series of shorts called ‘StarCrafts‘ that spread quickly, through friends sharing them in Twitch chats and the like. Soon he had Blizzard knocking on his door, asking to work together, and things kept expanding from there – including the hiring of a half-dozen part-time and full-time animators. 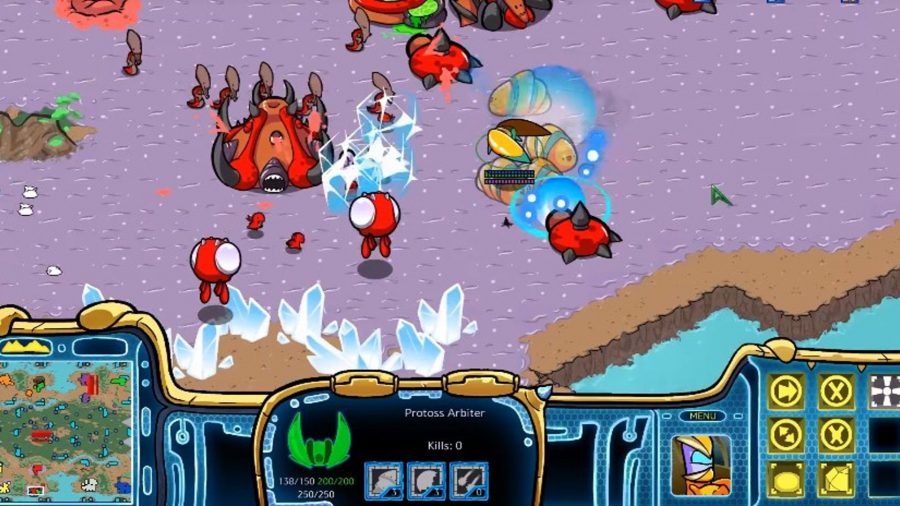 Three years after episode one of StarCrafts, Carbot crowdfunded a mod for StarCraft 2 that incorporated its animations into the game. The campaign was a success, the mod was a hit among the community, and the team proved it could do more than produce short videos. It was at this point, Burton reckons, that Blizzard decided it wanted to do something more substantial with Carbot’s designs.

As StarCraft’s 20th anniversary loomed, Blizzard came to Burton a couple of months before the release of StarCraft: Remastered with the proposition of bookending the celebrations with a second remaster designed by Carbot. Burton leapt at the chance, but re-designing a whole game isn’t easy – especially one now decades old. 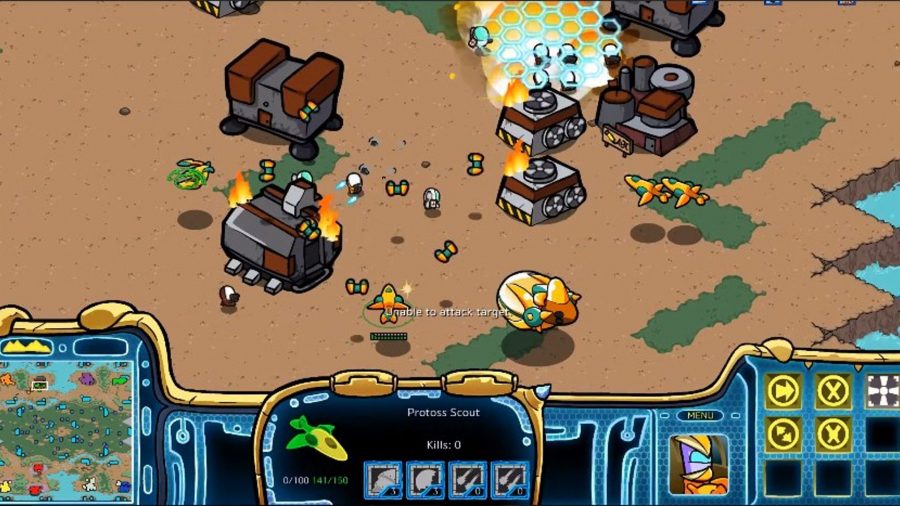 “StarCraft is built very awkwardly. They did a lot of tricks to save space,” Burton says. “In a walk cycle, every frame is a different size, because they would literally chop off any extra space to save memory. That means the frames are technically shifting around to centre [on] where the character is. Luckily I didn’t have to deal with that; they did. I just had to make the art and then they had to implement it.”

Aside from small restrictions – blood was forbidden, Burton says, to abide by China’s stricter classification laws – Carbot was given carte blanche to produce a complete redux of the assets while Blizzard handled the engineering. This allowed the team to occasionally put their own spin on a set piece: “In the installation levels in the campaign, there were some marine bodies that had been torn up, with marine pieces on the ground,” Burton says. “Instead, we put a bunch of marines and some ghosts that have passed out because they partied too hard. There’s a lampshade on one, there’s drinks in their hands, stuff like that.” 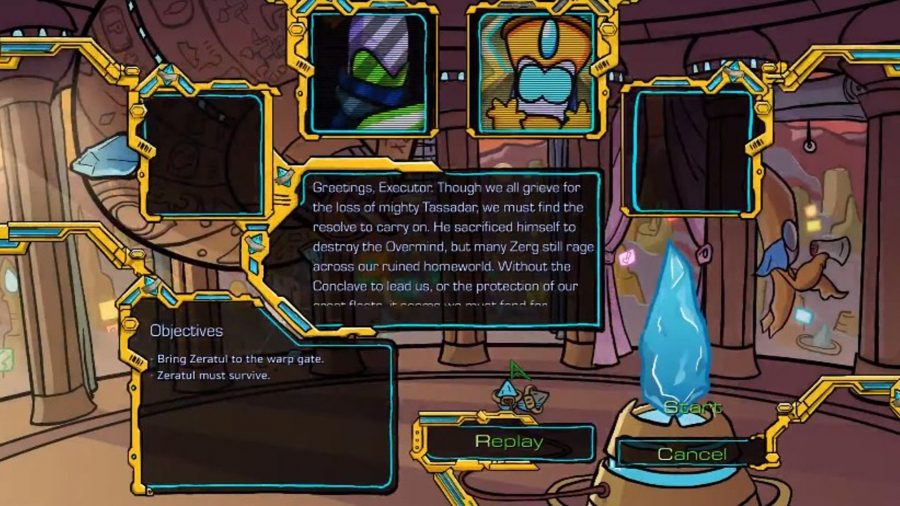 Cartooned was playtested by competitive StarCraft pros whose feedback was, thankfully, minimal. A few units, like the Zealots and High Templar, were altered to look more distinctive among cluttered battles. Burton’s team enjoyed the opportunity to add more flair, and overall he feels they hit a sweet spot between bringing a fresh look and having everything visibly correspond to its elder counterpart.

As an old-school fan, the gig afforded Burton the chance to stir in some in-jokes from the countless hours he and his brothers spent playing. “We always thought the Robotics Facility looked like a bunch of vacuum cleaners,” he remembers. “So that’s what we did; if you look at the Cartooned version, it’s a bunch of vacuum cleaners sitting on a disk. And also the Fleet Beacon, it looks like it has a giant gun coming out of the side of it, so I made a giant handgun popping out of the side.”

Working with Blizzard was seamless. When Carbot pitched the idea of doing a trailer that switched between the Cartooned and realistic graphics, Blizzard gave the mock-up an immediate green light. At first, the plan was to replicate the Brood War trailer, switching to 2D at the end, but it was decided to go shorter and introduce the cartoonified models sooner – wise choices that gave the teaser a unique flair. 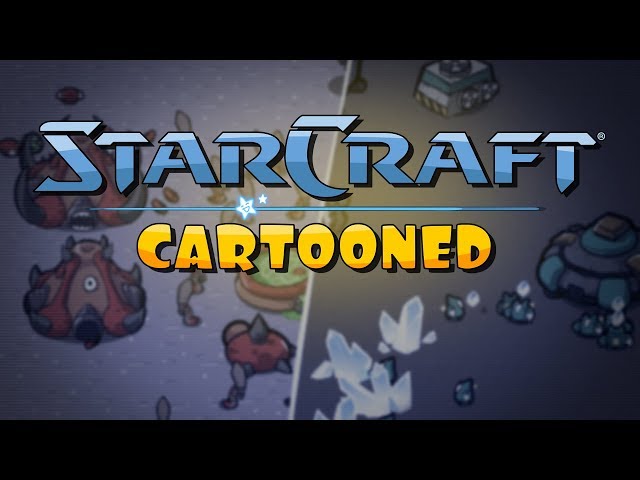 Burton speaks very highly of his team’s relationship with Blizzard, which is refreshing in an industry where leading companies don’t always show commitment to those they work with – even full-time staff. Burton is more ready than ever to realise his childhood dream and make his own game – and he still has ideas for whenever Blizzard come calling again.

“I’d love to do BlizzCraft: The Game, or something,” he laughs. “Have our own game parodying Blizzard IP. That’d be really cool to do – maybe one day they’d like to see that.”