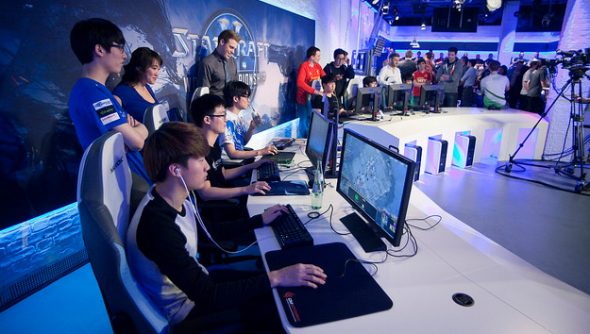 Speaking of StarCraft’s Global Finals, Blizzard have just announced some fairly comprehensive changes to the way the WCS is going to work in 2015. Gone are WCS Europe and America and in their place is a single league for non-Korean players. Meanwhile, Korea is rolling out a brand new individual league alongside the storied GSL.

But as with any and every change to competitive StarCraft, the real question is whether these changes reflect a dying game and community, or the dawn of an exciting new era for the venerable RTS? The answer, of course, is yes.

In a post yesterday, Blizzard detailed some of the changes for the upcoming year, explaining that, “We’ve come up with changes that we hope will improve the WCS experience and continue fostering a vibrant StarCraft II eSports ecosystem.”

The big change is the merging of the North American and European Premier Leagues into a single global league for non-Korean players. Since North America had slots dedicated to the Asian and Pacific playing regions, it was already an international league by default. The losers in all this are the European players who suddenly face a much harder fight to make it into Premier League each season.

However, tightened residency requirements also mean that Korean players will no longer be able to compete outside their own region without also moving abroad. This is a special relief for North American players, who have been practically shut-out of success in their home region by Korean players effectively farming WCS America for points. Now, if players like Yoon “TaeJa” Young Seo want to continue competing outside of Korea, they need to commit to taking their careers to another country.

StarCraft pessimists (and there’s never a shortage of them) could rightly argue that having the excellent WCS Europe and lacklusters WCS America merged into one region basically cuts StarCraft’s global competitive presence in half, and at the expense of a mature and talented European progaming community.

However, WCS America was basically moribund, and had turned into an extension of the Korean tournament scene. Pros would fly into California, rack up prize money and WCS points, and fly back out. North Americans had slightly more opportunity and earning potential, but the league was clearly not maturing the way many people had hoped.

Team Liquid boss Victor “Nazgul” Goossens remarked on the Liquid forums, “I like this a lot. Unified league outside of Korea is really exciting to me. Grubby vs Violet, TLO vs HuK, Bunny vs Scarlett: bring it on. I feel there is much more at stake being the best outside of Korea than there would have been with two separate regions. The stakes being higher can only be a good thing.”

Indeed, having higher stakes and a “international all-stars” vibe for WCS Premier could finally make the WCS series the draw for audiences that it was always supposed to be. In a quality vs. quantity calculation, Blizzard have clearly gone for quality when it comes to the non-Korean scene. It’s a shame the game can’t support two quality leagues right now the way League’s LCS can, but two years of WCS America and Europe hadn’t really closed the gap between the two scenes, or between the rest of the world and Korea. 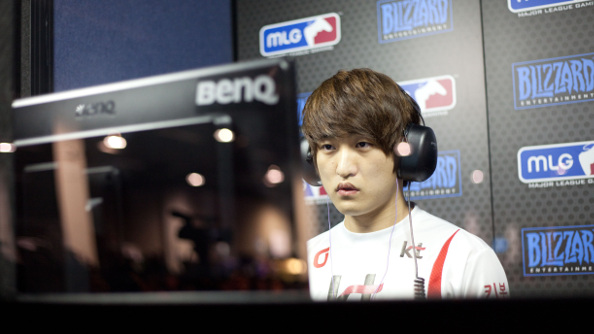 There is a clear bit of good news, however. Korean Proleague broadcaster SPOTV have announced they are starting a new Korean premier league: the SC2 Individual League. Like GSL, it will run for three seasons in 2015.

That’s great news on two levels. First, if SPOTV is running an individual League, that hopefully implies a measure of consideration for Proleague, to which they also hold the broadcast rights. Proleague is usually a losing proposition for players who want to accrue WCS points, because their Proleague commitments deny them the chance to rack up the WCS points that a lot of other players enjoy. If there’s now a second premier league in Korea, that could give more of an opportunity for true masters of the game like Maru to earn a ticket to BlizzCon next year, rather than be surpassed by underperforming players like Jaedong.

Second, and more importantly for the long-term health of StarCraft, it implies that Korea really is getting behind StarCraft 2. This was not the case a couple years ago, and even last year it seemed like StarCraft was in a terminal decline as the major eSports stakeholders shifted their focus to League. For Korea to now support two high-level leagues is a huge boost for the sport.

You can’t deny this is probably going to make things harder for non-Korean pros even as it opens more opportunities for Korean players to dominate. But they were, nevertheless, necessary steps. As Blizzard’s Kim Phan explained during an appearance during Saturday’s WCS broadcast, they needed to make premier league StarCraft more of a draw for audiences, and give more exposure to the top players who qualify to compete.

She also admitted that, after two years of WCS America, the performance gap was still a problem. Korean players still dominated the division, and North America seemed unable to challenge them. With WCS America having turned into a kind of Korean Senior Tour, it was time for a change.

Whether these changes can improve the quality of competitive StarCraft without completely gutting the opportunities available for developing North American and European talent remains to be seen. But for StarCraft audiences, at least, 2015 should feature far more great StarCraft, and far fewer lopsided stomps.