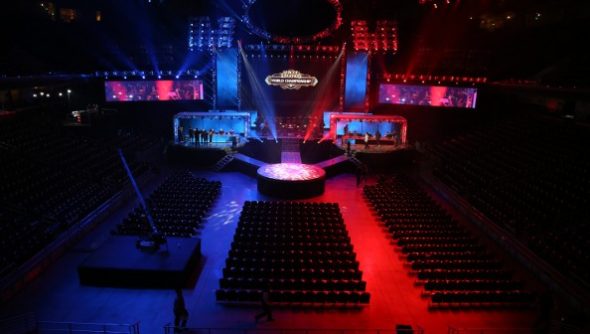 For me, there are three moments that encapsulate eSports in 2012. The first was in the spring, when I spent a rainy afternoon in Boston listening to a number of eSports stakeholders discussing their present and future at the MIT Sloan Sports Analytics Conference. MLG CEO Sundance DiGiovanni, Sean “Day[9]” Plott, Alex Garfield, and Mike Morhaime were there to discuss how eSports were at a breakthrough moment in their history. At the end of the talk, the owner of the Houston Rockets basketball team appeared on stage to proclaim his belief that eSports were the sport of the future.

Months later, in October, I was crowded around the long conference table where the Taipei Assassins were giving their first press conference after winning the Season 2 League of Legends Championship. I’d just watched them play five games in front of ten thousand cheering, screaming LoL fans, but somehow it seemed louder here in the makeshift press center in the corner of Riot’s VIP lounge. While the new world champs were answering questions, there was a crush at the open bar behind me while everyone tried frantically to score one last free drink.

In the midst of the crush, Will Cho from GG Chronicle struggled to be heard, and had to repeat his question twice. “Standing up there, you guys stood on the stage of pretty much the biggest stage for eSports in history. As players when you looked up to the stands after you won the finals game, did you think to yourself, ‘eSports is here to say. This is going to be a new future?’”

Esports fans tend to obsess over the future or, more accurately, with signs of eSports’ growing importance and permanence that provide reassurance about the future. It’s as much founded on fear as on enthusiasm: doubt and panic are never that far away.

Just a few weeks after the Season 2 championship, the StarCraft community descended into panic and recriminations catalyzed by pro-player Destiny’s broadside against Blizzard’s stewardship of the game and how it was undercutting the community.

“StarCraft 2 will be dead before Legacy of the Void,” Destiny predicted, and and the response on Reddit suggested that more than a few StarCraft fans shared his fear, along with a deep set of frustrations and grievances against Blizzard.

Even as the StarCraft 2 community fetched its smelling salts, it was hard to believe that in just six months we could go from the triumphalism I saw in Boston to the apocalypticism that followed Destiny’s rant. Suddenly there were complaints that there were too many tournaments, that competition quality was becoming diluted, that Battle.net was useless for things people actually wanted to do with it. With only a few months until Heart of the Swarm, Blizzard was on the defensive.

It’s not that eSports are in trouble, but that every community feels that on some level it is in a life-or-death struggle against every other. “Yes, it’s great to see eSports grow… but only as long as my favorite game grows largest. Otherwise, heads need to roll.”

As much as it’s comforting to think this is all founded in insecurity and fanboy flame wars, the truth is that eSports have already seen theentire FPSgenre move from center stage to being on life-support at the fringe. An awful lot of pro teams have their roots in Counter-Strike and Quake, after all, but they’ve all but abandoned that scene.

At IPL5, I found myself sitting next to Patrik “cArn” Sättermon, a former Counter-Strike pro who has retired to a management role within Fnatic. Sättermon indicated the Shootmania stage where we’d just watched a lopsided final, and said, “What worries me specifically in Shootmania, (and this applies to CSGO as well) is that all the professional players? Most of them are old foxes coming from the professional scene already. They are already established names. We don’t see any new blood. …But are they attracting any new players? Ten-year-old kids, like when I was young and started playing Counter Strike? I don’t think we are.”

The plight of shooters serves as a frightening example to the entire eSports community that having good games, good players, and a long history isn’t a guarantee of a bright future. Relevance and growth are an ongoing chase, not a destination, and this is perhaps the biggest difference between eSports and their traditional counterparts. Football, baseball, hockey, and basketball are traditions in a way that eSports are not. In games, our one constant is change, and our tradition is the pursuit of the new.

That makes eSports more dynamic and in some ways more exciting than traditional sports leagues, but the cost is uncertainty and competition. Games change and grow, or they begin to wither and die as players flock to the new. Esports enjoyed an amazing 2012, with lots of growth for games like Dota 2, StarCraft 2, and League of Legends. But each community enters 2013 knowing that it must sustain its forward momentum, not just its numbers.