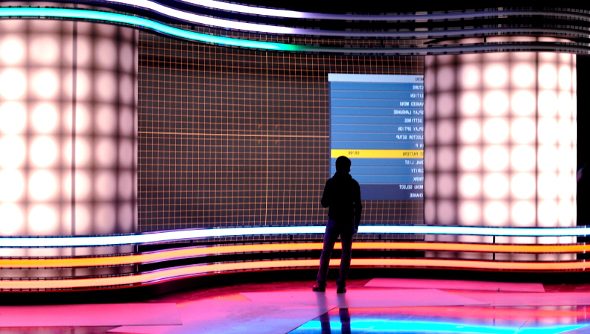 Last week, OnGamers broke the news that the ultra-ambitious eSports venture ESGN (eSports Global Network) has run into massive financial difficulties after less than a year of operations. With staff still waiting for overdue salary and a possible strike looming, the future looks shaky for this much-hyped organization that promised eSports their first sports network.

But the truth is, ESGN’s difficulties say little about the health about eSports and a lot more about the types of ventures eSports attracts. From the first, ESGN were another eSports Field of Dreams. Now, with the promised audience yet to materialize, that dream is in danger. In eSports, reality must always have its due.

There are always two contradictory impulses at work in eSports. On the one hand, you have the desire to make a big splash, to showcase professional gaming with the same glamor and production values that football and basketball enjoy. Where is our ESPN, or Sky Sports? Why shouldn’t we have it now?

But pulling just as strongly in the other direction is caution and skepticism. Esports are growing and are bigger now than they have ever been… but they’re still relatively small-time in the west. The road to mainstream legitimacy is a long, hard slog, and you have to think like a marathon-runner.

A couple years ago I was at a party with an incredibly drunk executive from the Electronic Sports League (ESL), the people that produce about half the major eSports events in the western world. He was very charming and very French (or at least someone with an undefinable accent who lived up to various French stereotypes) and, when he found out I covered eSports, he immediately draped himself across my shoulders like a pet snake and started talking shop. And possibly trying to tongue-kiss my ear, I’m still not sure which.

Anyway, I asked him how they were doing and whether they were worried about being left behind by the industry. At the time, IGN Proleague and Major League Gaming were putting on far more impressive-looking events, and the ESL’s productions looked positively stodgy and ancient by comparison.

He laughed and said something like, “Other people should worry, not us. We’re going to be fine. You know why that is?” He grinned. “Because we live like fucking rats down there, man. Our offices are shit, our equipment is shit — our PCs? You wouldn’t believe them if you saw them. It’s the oldest shit in eSports. It’s terrible.”

He paused, then hugged me close. “But we always make a profit.”

[Note: ESL’s Michal “CARMAC” Blicharz got in touch to say that either my recollection is faulty or this ESL person misspoke, and that the quality of thecompetitionmachines for ESL events is and always has been quite good. Since this was an informal chat from a few years ago, I’m going to put it down to my own faulty memory. I accept that this person was talking about office equipment, not competition equipment.]

I thought about that conversation a lot in the following years. I thought about it when I was at IPL 5 in Las Vegas, attending the most absurdly opulent eSports event of my life. I was more naive about eSports at the time, very new to the scene, so I largely believed their director when he told me they had a master plan. But even at the time, looking around one of the most expensive hotels on the Vegas strip and lavish hotel suites for IPL and their guests, I wondered. There weren’t THAT many people packing into those ballrooms. There weren’t THAT many people watching the streams and their ads. Was an eSports event really worth all this?

There was never an IPL 6. Later, I heard from people at IGN that IPL’s losses were much higher than they ever admitted. They put out an amazing product, and maybe they could have turned it around with another year’s time, but someone has to pay. IGN, leaving the benign neglect of the Murdoch media empire, could not. 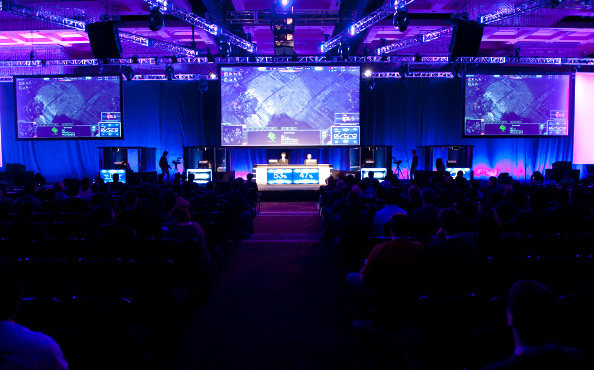 Meanwhile, ESL has continued to grow in stature. Their productions are now among the very best in the business, and their events no longer look like they’re being produced in someone’s walk-in closet. They turned WCS Europe into a success, and now they’ve taken over WCS America after MLG and NASL both tried and failed to make it work. The Intel Extreme Masters series is now a highlight of the eSports calendar. If the ESL still live like rats, then they certainly seem more like the rats at the end of Ratatouille.

Watching the boom and bust of eSports startups and the ruin they leave in their wake, it’s easy to get pessimistic and even panicked about the overall health of eSports. Every time someone promises the moon, then crashes and burns on the launch pad, it makes the idea seem farther out of reach. But if you take the long view, eSports are still on a very long upward trajectory.

DreamHack boss Robert Ohlén pointed this out to me a few years ago, when I interviewed him in the wake of Steven “Destiny” Bonnell’s dire predictions for the future of StarCraft 2. I wanted to know if people Ohlén should start getting worried about the future of the industry. He was quick to dismiss that point of view.

“SC2 is not the end all of eSports, nor is LoL,” he wrote me at the time. “DreamHack has been doing this for a long time. The rise of first SC2 and now LoL has happened within the last [two years]. Which in DreamHack terms is earlier this afternoon. …The best tournaments will survive while the weaker ones will suffer. A lot of people see the chance of a quick buck. Esports is such a new phenomena. It is the ‘new black’, the new sexy media thing in the eyes of those who haven’t been eSports fans during the last 10 years.”

Let’s put on a show!

So we keep having these moments every few years, when someone shows up with a seemingly blank check and promises to do eSports bigger and better than anyone has ever seen before. This week, it’s ESGN.

This time, the red flags were there from the start. I first heard about Clauf (the company that runs ESGN) from OnGamers’ Rod “Slasher” Breslau. He started telling me about this mysterious, black-box eSports project in Germany. They were hiring top people from out of the eSports scene, and nobody really seemed to know anything about them or what they were doing. But there was a lot of money behind it, a lot of ambition, and very few specifics.

Then came the big reveal. An online eSports TV network, with tons of regular broadcasting and original events. Their first game was Hearthstone, and the result seemed… odd. The Fight Night idea seemed like a good one, but the reality of it was so strange. Scantily clad “ring” girls strutting across an expensive stage while a bunch of guys sat on benches watching their teammates step up to a computer and play… a whimsical online card game. Or there was the fighting game show with Nick “Tasteless” Plott, which was like watching an improv episode of Entourage. Did you really want to watch a bunch of friends drink beer and argue at length about what settings they’d use for the next match, and who could be which champion?

With the exception of the ring girls, which immediately rubbed a lot of eSports fans the wrong way (StarCraft host and interviewer Sue “Smix” Lee exploded about it on Twitter, sharing her alienation with a huge audience of eSports fans), most of what ESGN was doing was okay. But for something premised on the idea of being completely new and different, perhaps even being a “disruptor”, then simply being “okay” was nowhere near enough.

ESGN have promised that they will clear all outstanding debts by the end of June, and in the long run, they may not have burned too many bridges with their community. Late payments and sudden shortfalls are nothing new in eSports, and most pros are used to this song and dance by now.

CEO Jong Hwan Lee explained in his statement that, “Instead of trying to squeeze ourselves into a market that has very reliable and trustworthy brands hosting events, we went the route of a content-production studio to further emphasize those going on tours around major events. I think we can all agree that it was bold and the concept may have worked, though the execution was a bit of a miss.”

Oddly enough, it still does sound like a good concept. It’s just not a concept that implies the models and the over-produced shows featuring a bunch of progamers awkwardly hanging out on a stage like contestants on The Price Is Right. But ESGN did identify a real need: eSports are terrible at letting people casually follow along with the action. It’s like a train that just keeps moving, and you either hop on for the ride or you watch it go past, because there is nobody there who will help you get up to speed. ESGN could still be that organization.

First, though, ESGN and its imitators need to re-learn that eSports isn’t a “Field of Dreams”. If you build it, they won’t come. Not right away. The eSports audience has to be earned over time, and you don’t do that with expensive sets and hubris. The growth of eSports means that viewers no longer have to choose between style and substance, and they have plenty of major eSports events to watch.

That’s great news for eSports fans and shows how much they have grown in the past few years. Unfortunately for ESGN, that also means there’s no longer a deep well of untapped demand. ESGN entered the market prepared for a sprint, but eSports remain a marathon.