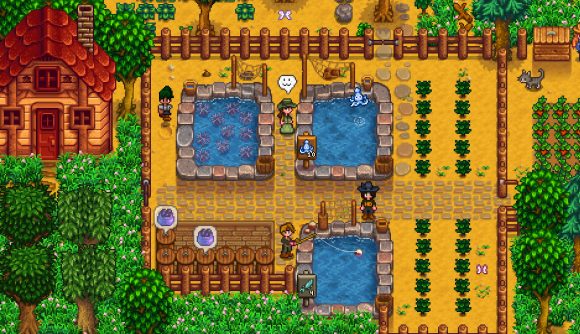 Stardew Valley is one of the loveliest indie success stories of the past decade, and it seems that tale isn’t over just yet. Players got a Christmas gift in the form of the long-awaited 1.5 update, and this update has brought the game’s biggest player count record of all time. Clearly, everyone’s been waiting for all that new endgame content.

Stardew Valley reached a new concurrent Steam player record of 89.807 on December 27, the first Sunday after the 1.5 update landed. As SteamDB shows, the previous record of 64,427 was set shortly after launch in 2016. Giant player peaks similar to the one we’ve seen this week previously hit alongside the multiplayer beta in April 2018 and the 1.4 update in November 2019, but this is far, far bigger than either of those.

It’s not as massive as the player count record Terraria set earlier this year following its Journey’s End update, but it’s a similar effect, as loads of people who’ve picked up the game over the years suddenly have a reason to jump in all at once.

Stardew Valley is also 33% off in the Steam Winter Sale, so if you haven’t played yet, you’ve got an easy in.

The Stardew Valley 1.5 Update is out now on PC! pic.twitter.com/DJ8gUYR614