Starship Troopers is a strange license. The book is considered a classic in science-fiction literature, but the original film is the real gem and one of the finest things ever to have graced the earth. Don’t at me.

Later films have been inconsistent, but there’s not been much in the videogame world especially in the land of strategy games. The most notable release was Starship Troopers: Terran Ascendancy back in 2000. It was a tactical RTS game that was certainly fun, but a bit rough around the edges even by the standards of the time.

Towards the end of 2019 we were told that Slitherine are working on a Starship Troopers game of their own called Starship Troopers: Terran Command. It’s another real-time tactical romp featuring a single-player campaign inspired by the original film spanning 21 missions. You will take part in the iconic attack on Klendathu, but spend most of your time on a new planet called Kwalasha created specifically for the game. You must take charge of the military forces on this vital outpost, and defend it from a growing Arachnid threat.

To help set the scene, here’s a new gameplay trailer: 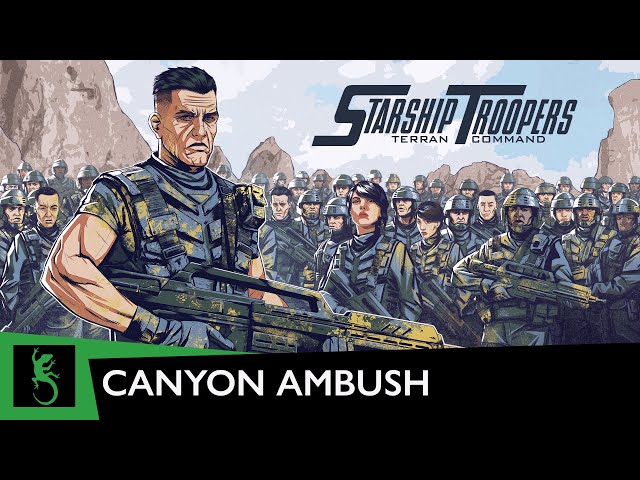 Playing as the Mobile Infantry, you will need to capture control points to expand your forces and hold strong tactical positions to resist waves of bugs as they come at you, all whilst trying to serve the ultimate objectives set by the game’s narrative.

Slitherine will be showing off some live gameplay on their twitch channel later today, starting at 5pm GMT. You can watch the stream here:

Starship Troopers: Terran Command was originally due out sometime in 2020, but was delayed. It doesn’t have a confirmed release window at the time of writing, but it is still on the 2021 release slate. It will be released for PC via Steam and the Slitherine Store.