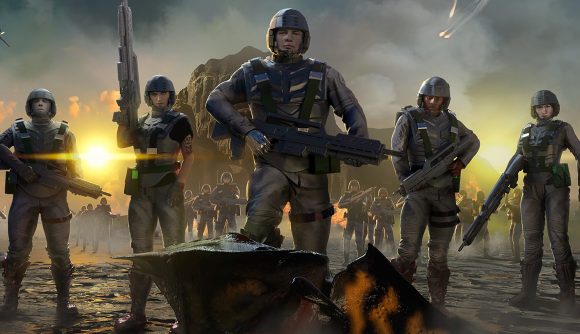 Between the bug-busting violence, sci-fi theatrics, and rampant militarism, Starship Troopers seems like the perfect fit for games, but the series’ history in digital adaptation has been spotty. Starship Troopers: Terran Command aims to change that – with a little help from the formula that’s helped to make strategy games like Conan Unconquered and They Are Billions such successes.

Described as survival-influenced RTS, Terran Command puts you in charge of a dynamically-generated campaign set in the movie universe, where the story, missions, and your battle options will branch based on your choices. You can follow the ruthless edicts of your military superiors for access to unique unit types and abilities, or ditch the fascism to build your own path to heroics.

Your battles are a little bit RTS and a little bit tower defense, as you’ll strategically deploy units across varied terrain to defend against hordes of Arachnids. The tech tree starts with assault rifle-armed infantry, leading through rocket troopers, engineers who can build weapon emplacements, Power Armour squads, air strikes, and mobile suits.

Check out the announcement trailer above.

And a snippet of gameplay… 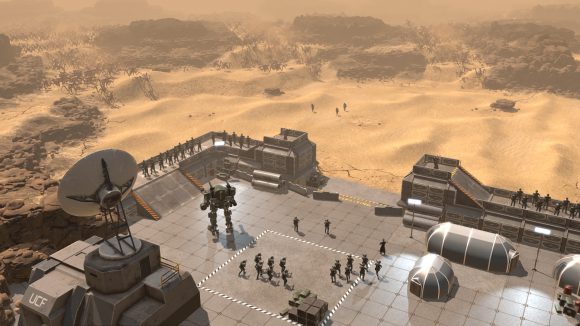 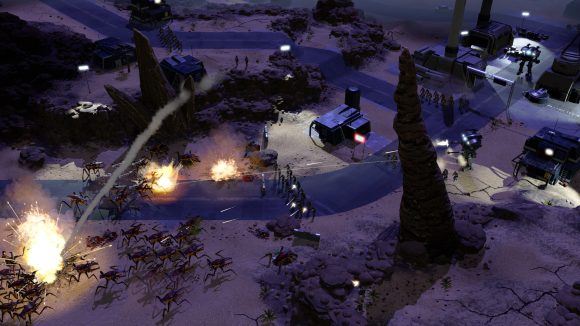 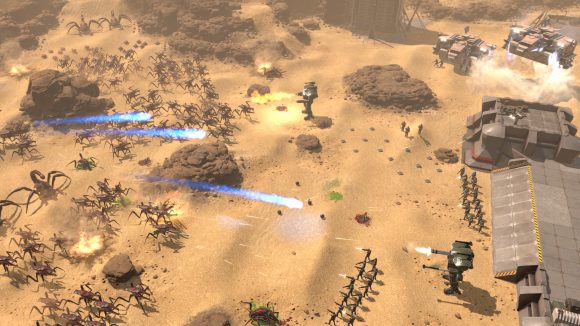 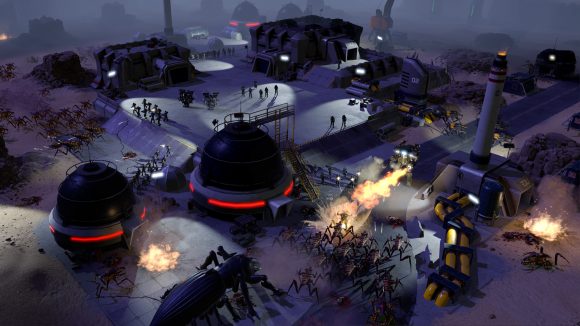 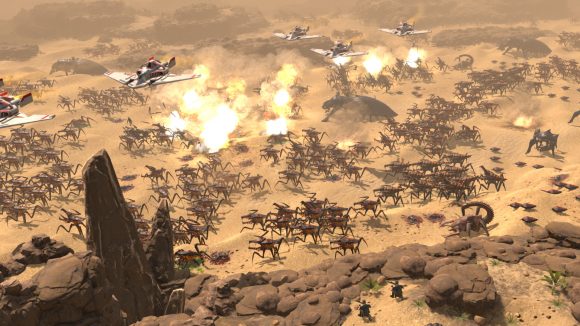 Plus a selection of screenshots.

The devs plan to showcase the game in more detail in a Twitch stream today. Terran Command is scheduled to launch for PC sometime in 2020.