If you’re new to the world of videogames on PC then it can seem like a very daunting place to start out. CD-ROMS are no longer, replaced by game codes and digital downloads, and there are now several different digital storefronts to download them from. But all of this change has also opened up gaming to more people than ever before. The past decade has seen huge improvements to accessibility and the sheer range of experiences on offer, ensuring that there’s a game for you, no matter what your budget or skill level is. There’s really no better time to get into playing videogames.

So, that’s what we’re going to do – make it as easy as possible. If you’re worried that your PC or laptop isn’t up to scratch, then we’ve included games on this list that can run on almost any contemporary work laptop or computer. We’re not going to overwhelm you with choice, either, especially if you’re not sure what type of game you’d like to play, but hopefully you’ll find a way into games through our recommendations.

Here’s a step by step guide on where to start when approaching videogames on PC for the first time and everything you’ll need to get set up with your first game. We’ve also collated some tips to help you get started and how to pick a game that’ll make your first adventure into videogames something special.

Where can you buy PC games?

The vast majority of modern PC games can be found on the Steam store. The Steam store is an online shop for games, so you can find and purchase games. You’ll need to create a login, if you don’t already have one, and install Steam onto your PC or laptop.

Once you’ve installed Steam, your purchased games will appear in your Library. You’ll need to free up enough space on your device to download the game, but Steam is pretty good at prompting you if there isn’t enough space.

You can always check the amount of space you have in your computer settings by selecting ‘this PC’ where you’ll get an overview of your devices and drives, and how much space they have. 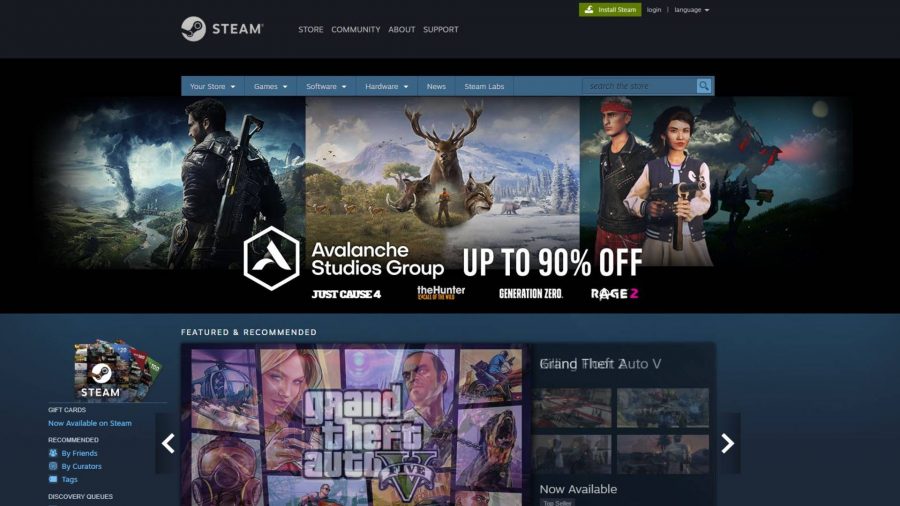 Other places you can buy PC games

Although Steam is the most popular online store for PC games, it is not the only one. Some publishers have their own store fronts for their games, here’s a list:

There are also other online stores that sell games, along with games exclusive to their platform, two of the biggest being the Epic Games Store, best known for Fortnite, and the Microsoft Store, known for Minecraft.

How to find out a game’s system requirements

Once you find the game you want to play, simply type it into Steam and find its store page. Scroll down and there will be a section on system requirements, so you can see if your PC can manage it or not.

How to find out your PC system settings

PC hardware is in a realm of its own, and building a PC from scratch can be an arduous, if not satisfying task, but it’s best to not get bogged down in the specifics of PC hardware when you’re just starting out. Instead, you’ve got your PC or laptop, great – so the question is, what games can it run? If you’re worried that your PC or laptop isn’t good enough, you can use PCGameBenchmark to check PC specs against game system requirements, for titles that can run on your device. Of course, you’ll need to know your own PC settings before you do this, here’s how you can find out if you’re not sure.You can also use System Requirements Lab to test your PC, it will download a small program that’ll be able to tell you which games you can play.

Think about getting a gamepad

A gamepad is a controller you can plug into your PC or laptop, so you don’t have to use a mouse and keyboard. If you’ve played on consoles before, gamepads are the same, just compatible with your PC. Luckily we’ve got a list of the best game controllers for PC, but we generally recommend the Microsoft Xbox One controller to get you started.

How to choose a game

If you’re looking for PC games that can run on even knackered laptops and old school PCs then these are our recommended games, but if you’re still unsure whether the game you’ve chosen will run on your PC or laptop, then read the section before this on how to find out your PC settings. 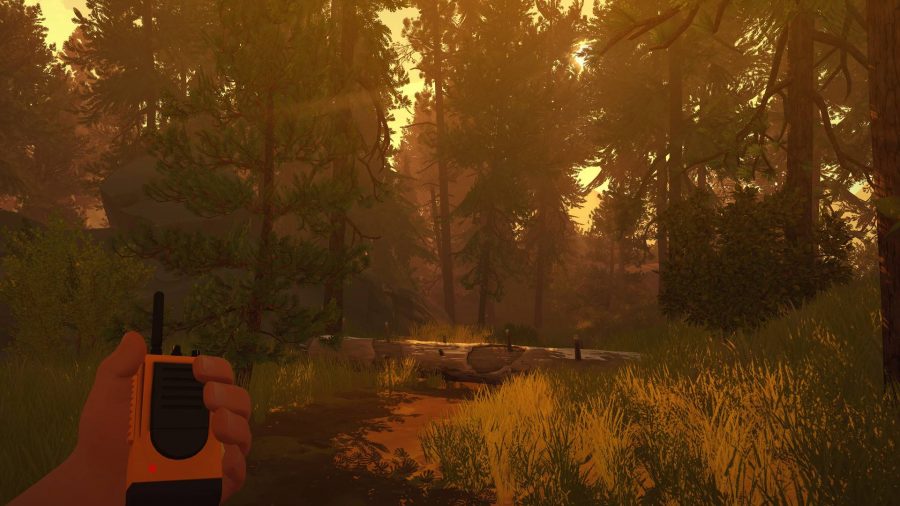 For those that love a cinematic experience and don’t want anything too strenuous for their first venture into video games, these story-driven games are a great place to start – you can just move at your own pace interacting with objects and clues to deliver a story.

Firewatch – An exploration game where you play as Henry, a fire watcher based in a lookout tower in Shoshone National Forest, Wyoming. Unravel Henry’s story as you explore the wilderness, with your only line of communication being a handheld radio to another fellow fire warden.
Gone Home – On returning to your family home, you find an empty house, and plenty of objects and clues to decipher and piece together.
What Remains of Edith Finch – Revolving around the eccentric Finch family, Edith returns to her cursed childhood home and recounts the tragic stories of all her family members. 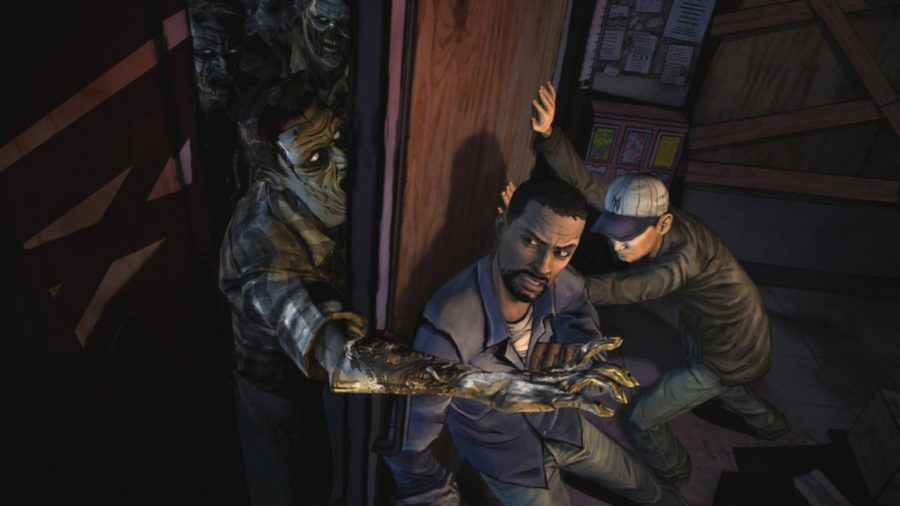 These narrative games also unveil incredible stories at their core, but instead of the same outcome at the end of the game, your dialogue and action choices will affect the overall ending of the story.

The Walking Dead – Based on the TV series, The Walking Dead tells the story of a young girl called Clementine as she grows up and faces the zombie apocalypse in this episodic adventure game. It’s light on action, but pretty much everything you do has an impact on the story.
Life is Strange – Play as Max, a teenage girl returning to her hometown to pursue a photography course at school. Reunited with her old best friend Chloe, there’s something sinister going on and Max, with some newly formed paranormal powers, must find out what.
Man of Medan – A cinematic survival horror set onboard a ghost ship, where you’ll have to guide the in-over-their-heads explorers to safety as a horror plagues their party. 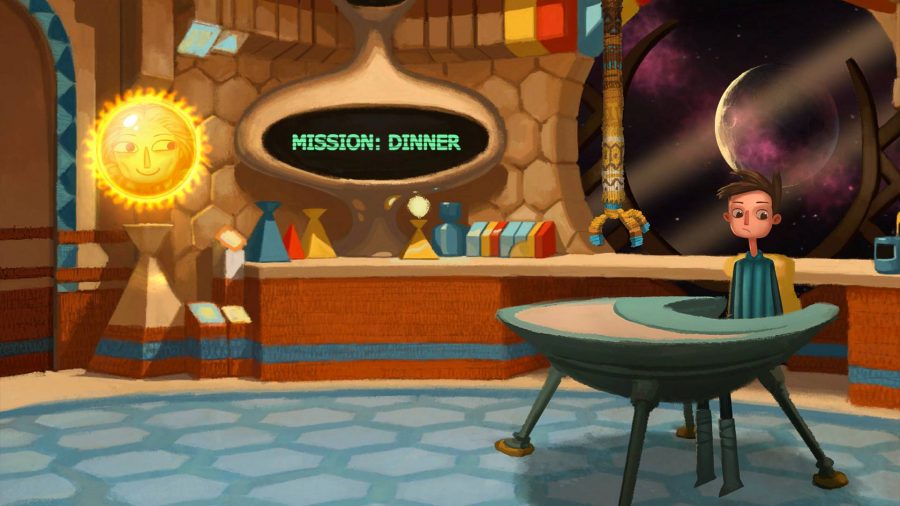 If you just want to point and click around a screen, you can do exactly that with point and click adventure games. Piece together clues, combine objects, and solve puzzles to progress through these stories.

Broken Age – Switch between two characters in this family-friendly point and click adventure that tells its story from two totally different points of view that eventually collide.
Grim Fandango – A humorous, noir detective game, where you play as Manny Cavelera, an afterlife travel agent working in the world between life and death.
Broken Sword – Set in the streets of Paris, play as George Stobbart and Nico Collard as they get tangled up in dark conspiracies and ancient tales. Also very different to Broken Age. 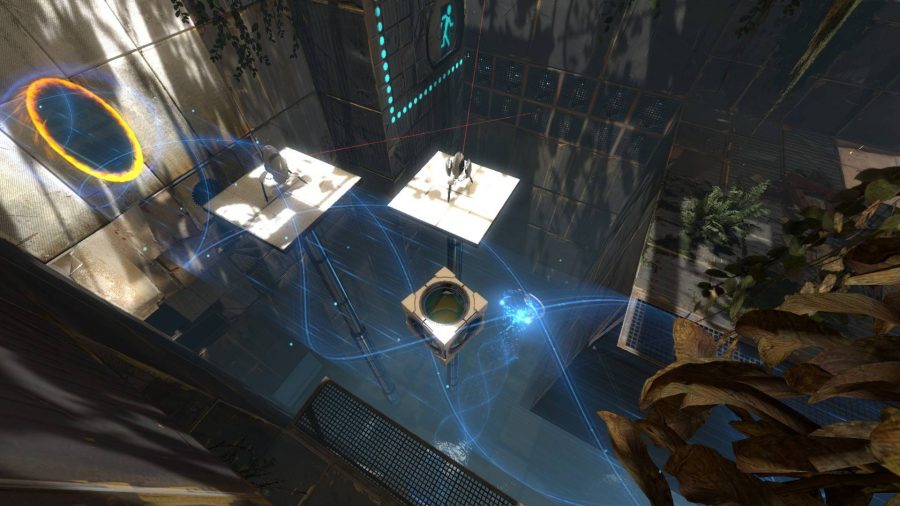 These are three very different games, but they all have exploration and puzzle solving in common. It’s also worth looking at the tone and feel of the game you want to play.

The Talos Principle – Explore beautiful ruins etched with futuristic sci-fi elements and solve challenging conundrums to progress through an equally puzzling story, until you find the answers you’ve been looking for.
Limbo – A dark and haunting platformer, where you move along the screen solving puzzles and dodging giant spiders.
Portal 2 – A first-person puzzle game, where you play as a test subject in the mysterious Aperture Science facility. Armed with a portal gun, a device you can use against flat surfaces to create portals that you can jump through – you’ll need to solve puzzles by using your portal gun and a generous helping of physics to escape each room. 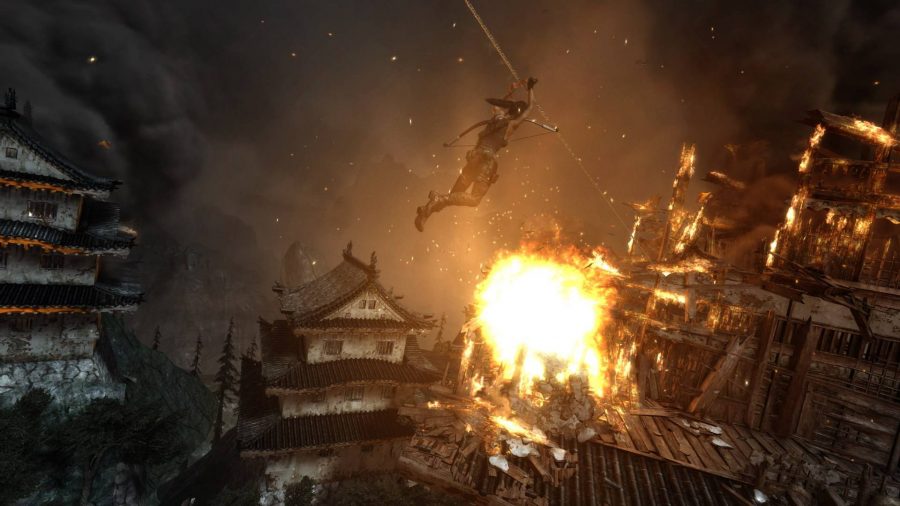 If you’re ready to jump right in and want some adrenaline-pumping action, these three games have everything from fantasy adventure to gritty survival covered.

Tomb Raider – If you remember the old Tomb Raider games, or you’ve seen the films, Tomb Raider (2013) is a great place to jump in. A third-person action game with stealth, survival, and a lot of hurting bad guys.
Skyrim – If fantasy, dragons, dungeons, and storming castles is more your thing, then The Elder Scrolls V: Skyrim is a widely adored open-world action adventure game.
Resident Evil 4 – If you want a bite of horror with your action, Resident Evil 4 is a third-person action game, where you’ll fight undead monsters, solve puzzles, and use a lot of ammunition to defend yourself. 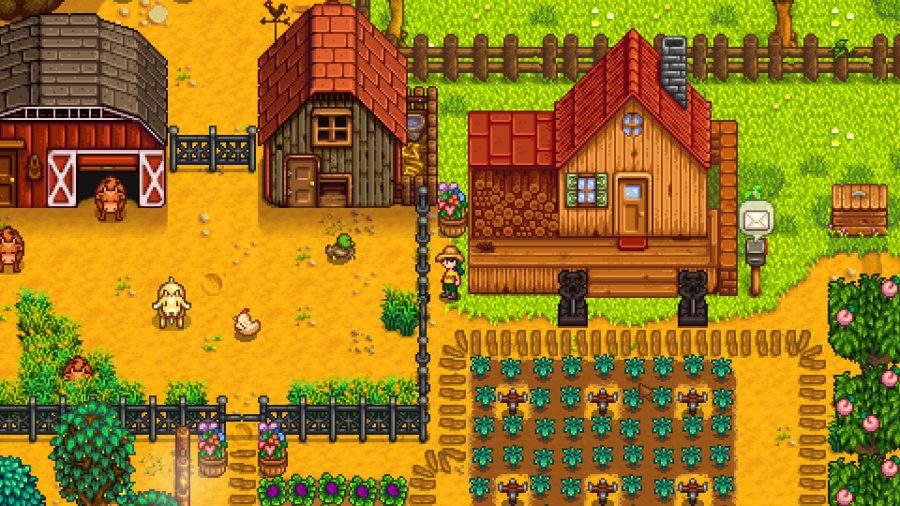 If you want to get into games for your family, here are a few that can include the rest of your crew. Equally they can be played solo, and if you like what you see, check out our list of the best relaxing games on PC.

Stardew Valley – A lovely crafting game where you leave behind the mundane job and city life, instead focusing on tending to your farm and crafting new items.
Spyro Reignited Trilogy – Play as everyone’s favourite purple dragon, a 3D action-platformer that remasters all the old games.
Overcooked 2 – This family favourite can have up to four people playing as cartoon chefs, you’ll need to work together to get food orders out on time, as you prepare each meal for impatient customers.

Don’t quit now
If you play your first game and you don’t immediately love it, that’s okay, maybe it’s just not the game for you. That doesn’t mean you should give up on games altogether, there’s so much choice out there, that you’re bound to find something you can’t put down. Likewise, if you’re struggling with a game, try watching a walkthrough on YouTube or playing another game instead.

Ask for advice
Chances are, someone you know plays games, even secretly. So advice is never far away. If you want to get into games, someone who knows you can offer great advice on the type of games you’ll like.

Play something that interests you
You can always bring your favourite hobby inside, with games spanning many genres, you’ll find fishing games, football games, and horse-riding games. It’s not just your hobby either, but there’s games for interests, so if you love the Star Wars films, there’s plenty of Star Wars games you could be playing through. Or, dinosaur games, detective games, and even cooking games.

The best advice now you’re all set up is just to have fun with it. Play games at your own pace, don’t force games that you’re not enjoying (even if everyone says how wonderful they are). Here at PCGamesN, we want to share our passion and make it as accessible as possible to everyone, so hopefully you’re all ready to get started playing videogames. If you’re not ready to commit to buying a videogame yet, but want to test some out, check out our list of the best free games on PC to try different genres until you find something you love.