While some play videogames to be entertained, I do so for the morals they can bestow. I like to come out the other side a better person, armed with new lessons and ideas for the future. Undead Labs’ State of Decay 2, it turns out, is just such a game. The lesson? Never put Harry Shepherd in charge of a community of survivors in the event of a zombie apocalypse. Ever.

It’s not as if I’m a threat to anybody, per se. I am merely prone to wilting under the pressure of making decisions while the lives of other less-putrid-smelling humans hang in the balance, and incompetence – which, I accept, is actually a bit of a threat now that I think about it.

Perhaps I’d be better off trying these other zombie games, although I am unconvinced.

Case in point: Tim. Poor Tim. No doubt already traumatised by losing the rest of his Enclave – other human factions with which you can trade, ally with, and attack as you see fit – to the horde, another of my not-so-merry band and I rescued him from an infestation of zeds. A screamer, perhaps cruelly mimicking the final moments of Tim’s mates, was calling his fellow rotting shufflers for dinner.

Choosing between certain death and slightly-less-certain death, Tim opted for the latter by signing up to the Shepz Survival Squad – as I call it, it didn’t really catch on with the others – but things weren’t looking up for him for long. An unfortunate combination of his insistence that we take revenge by dispatching another infestation much further away, and my lack of backbone, led us to drive far into the perfect darkness of Drucker County. And I mean perfect: all we can see are pairs of murderous red eyes floating towards our headlights like demonic moths.

In my rush to comfort my new friend, I failed to prepare adequately. In hindsight, I should have recognised that neither Tim’s shooting or fighting abilities were up to snuff, and that I had neglected to put a backup jerrycan in the boot.

Fast forward ten extremely upsetting minutes and I am left stranded next to my now battered, bloodied, and fuelless Legendre muscle car, alone. The mood of my fragile community had veered erratically from ‘Stable’ to ‘Depressed’, but Tim’s demise risked being the final straw – their spirits would be stuck on ‘Miserable’ for some time to come. Like the original game, death in State of Decay 2 is less about zombies and more about the hundreds of seemingly mundane decisions you must make to resist oblivion for one more day.

Undead Labs have nailed this feeling of fragility: as soon as you feel confident in your stockpile of supplies, your community’s mood, and the state of your base, one erring of judgement can trigger a downward spiral against which you are always playing catch up. Everything is a trade-off: upgrading your base improves your production capabilities and survivor morale, but creates noise and increases the chance of an attack; adventuring further by car can reap rare rewards from distant traders, but you will deplete your precious fuel.

State of Decay 2 is full of these mini narratives you create for yourself. Undead Labs plant story seeds across the world – another Enclave might steal your supplies for you to hunt down, an exiled community member might ask for your help to clear their name – but you can take full ownership of your community and decide to do whatever work you please. 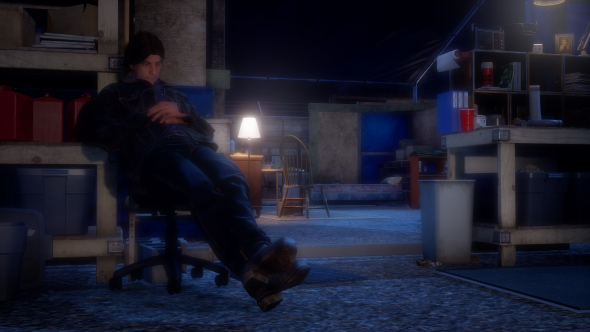 You start by picking a pair of characters that each have their own background and set of skills such as Shooting, Cardio, and Agriculture. More can be discovered and taught to your group, too, their number increased by repeatedly performing relevant tasks as you would in Skyrim – running increases your Cardio stat and getting stealth kills boosts your Wits. When maxed out, your citizen can specialise, adding another layer of roleplaying depth.

On offer are a pair of women locked together in a perpetually on and off relationship, and some long-term school pals, but I chose an unlikely couple brought together by the extreme circumstances in which they found themselves. But, to stay consistent with State of Decay 2’s permadeath, both characters are expendable and become just two more members of my group. That meant, sadly, their story was left undeveloped and felt like a missed opportunity.

Pushing on, to get started, you will first need a base. From there you must gather the resources to keep your motley crew in bed and board, and expand. Clearing out nearby infestations improves morale and each inhabitant has their own qualms and fears that need managing. These objectives keep you in a loop of collecting materials, helping other groups, and upgrading your base but, after a while, your objectives become repetitive. 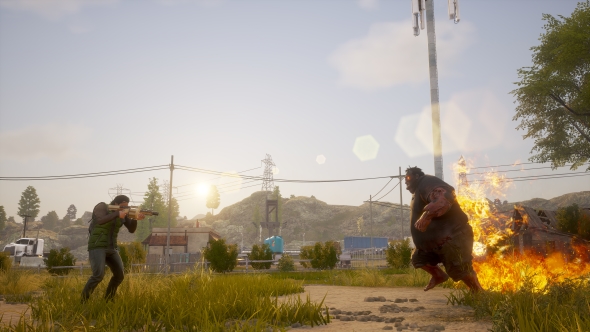 Since State of Decay 2 is at its best when you are writing your own freeform stories, the promise of adding multiplayer into the mix is exciting. Co-op sessions of up to four real life players is one of the sequel’s flagship features, but is unfortunately rife with issues. There is, in a way that recalls Dark Souls’ summoning system, the option to enlist or offer help online if necessary but, while we didn’t have problems finding someone to help, there were regular connection issues and crashes to desktop. We hope to see patches to improve this but, as of launch, State of Decay 2’s multiplayer is a broken, frustrating mess.

State of Decay 2 is larger, too – three times larger, in fact. From the aggressively brown Drucker County to the foothills of Cascade Hills and the leafy suburbs that make up Meagher Valley, whichever location in which you choose to settle equals the size of the previous game’s entire map.

That said, a larger map doesn’t make for a better game. While each locations looks distinct, it doesn’t play that way. The beginning is identical – albeit with different characters – and you are still doing the same chores and activities. It is possible to explore the other areas if you start over in another, but that means destroying your base and lugging everything along with you before you can even have a look around, which is a shame. 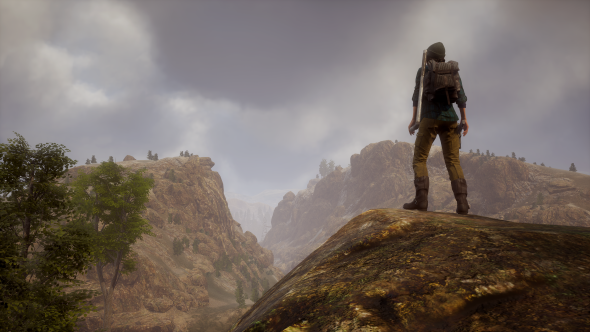 There are other frustrating design decisions, too. Citizens offer engaging personal missions that will be cancelled if you take on another. Since fatigue and injury are common, and encourage you to embody new characters, it’s annoying to have the chance at a cool adventure be squandered because a character needs their 40 winks. Also, you must have a spare slot in your inventory to change an equipped ranged or melee weapon; if you don’t you have to drop something else to unequip the weapon before you can swap it.

Unfortunately State of Decay 2’s bugs and glitches hold the game back. Clipping is common and immersion-breaking glitches abound – the existence of invisible gates and shallow steps that need climbing over, for instance. In case you encounter something game-breaking, you can use the ‘Stuck’ tool on your radio menu to transport yourself back two minutes in playtime. While it isn’t the most elegant of solutions, it does at least offer peace of mind if you have trouble with the game’s collision detection.

State of Decay 2 is more oppressive than ever. The pressure can be relentless and even the most minor decisions are elevated to become the difference between life and permadeath. Your tasks might lose their lustre with time, but making the journey from Tim’s passing to mastering my patch of hilltop plateau was satisfying. Where once my survivors heaved themselves out of their chair clutching their sides to reveal the onset of blood plague, they leapt into action to help out in the kitchen and the garden when conditions improved. I worked out more efficient ways to source materials and learned to prepare properly so I’d never be stranded again.

State of Decay 2 expands on the innovative original in many of the right places, but performance issues and frustrating design decisions hold the game back. The larger map doesn’t add much, but the game is deeper and more refined. Once the emptiness of the game’s world became apparent, I found that the best stories in State of Decay 2 were the ones I wrote myself.

Can you run it? Check your PC against the State of Decay 2 system requirements 2021 on PCGameBenchmark.