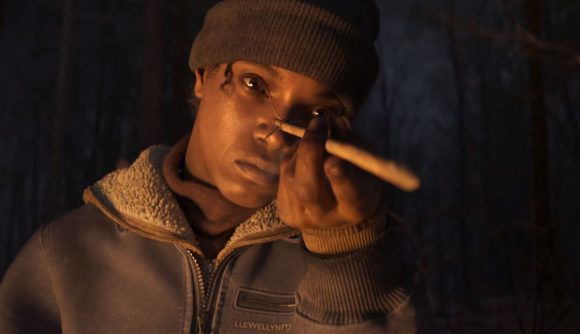 Following on the heels of Halo Infinite’s gameplay reveal, we got our first look at State of Decay 3 at the Xbox games showcase, alongside confirmation that it is, indeed, real.

What we saw was no more than a CG trailer, but it gives us a taste of a very cold world filled with hordes of zombified wildlife. The trailer kicks off with a woman sitting beside a campfire sharpening an improvised crossbow bolt. A wolf approaches, she lets out a guttural scream, and it retreats from sight. Later, during the day, she’s hunting on a snowy hillside, and sees the wolf being eaten by a deer. Looking through her crossbow scope, she sees the deer raise its head, and we see that half of its face has rotted off – blimey.

“In the case of Undead Labs, we absolutely want to go make State of Decay 3,” Booty says. “That is a clear goal. That studio will have some other incubation, they’ll work on some things, but this is a State of Decay 3 team.”

“When we first started working on State of Decay, we had a much bigger game, a much more persistent online game, and I know that Undead Labs will get there eventually, but by bringing them into the Microsoft family.

“I think we’re able to accelerate that and get us there sooner which is great.”