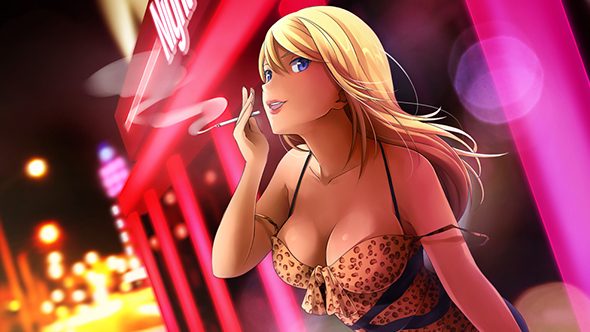 Valve’s policies regarding what kinds of content are allowed on Steam have created no shortage of controversy, particularly in the past few months, from both people concerned about violent and sexual content on the service and those who don’t want to see any censorship on the store. Today, Valve has published a clearer statement on what’s allowed. In short, any content can be on Steam, except for things that “are illegal, or straight up trolling.”

Valve says “we ended up going back to one of the principles in the forefront of our minds when we started Steam, and more recently as we worked on Steam Direct to open up the Store to many more developers: Valve shouldn’t be the ones deciding this. If you’re a player, we shouldn’t be choosing for you what content you can or can’t buy.”

Now that we can count on a steamy Steam, there’s no need to feel ashamed in checking out the best sex games on PC.

The full blog post outlines the thought process which led them here in much greater detail, but essentially Valve plans to remain as hands-off as they can be in curating what content is allowed on Steam. Instead, they want to improve your options when browsing the store.

“We already have some tools, but they’re too hidden and not nearly comprehensive enough. We are going to enable you to override our recommendation algorithms and hide games containing the topics you’re not interested in. So if you don’t want to see anime games on your Store, you’ll be able to make that choice. If you want more options to control exactly what kinds of games your kids see when they browse the Store, you’ll be able to do that.”

They say this change is also intended to benefit developers. Valve says those “who build controversial content shouldn’t have to deal with harassment because their game exists, and we’ll be building tools and options to support them too,” though there’s no detail on what exactly that will entail.

Of course, even the parameters of “illegal, or straight up trolling” games are open to interpretation, with laws on everything from nudity to the display of Nazi imagery ranging around the world – never mind how you define “trolling.”

To that end, Valve says “we’re going to need to handle this on a case-by-case basis. As a result, we will almost certainly continue to struggle with this one for a while. Our current thinking is that we’re going to push developers to further disclose any potentially problematic content in their games during the submission process, and cease doing business with any of them that refuse to do so honestly.”

These issues have come up off and on over the years, though several incidents have cropped up within the past few months. In May, a number of visual novel developers were contacted by Valve with warnings that their games’ sexual content violated Steam policies. Valve eventually rescinded those warnings, but the resulting confusion left many developers uncertain about Steam and had some making their way to stores like GOG instead.

Prior to that, Valve cracked down on developers of steamy Steam games who offered uncensor patches uncovering the naughty bits on third-party websites. Whether that crackdown will remain in affect with these rules – or indeed if these types of games will be censored on Steam at all – is still unclear.

More recently, a game which depicted school shootings caught the eyes of mainstream watchdogs, and Valve subsequently removed the game from Steam – though they say this wasn’t about the game’s content, but rather the dev’s alleged “history of customer abuse, publishing copyrighted material, and user review manipulation.”

Still, Valve wants to be clear that regardless of what they allow on the store, they’re not making endorsements.

“If we allow your game onto the Store, it does not mean we approve or agree with anything you’re trying to say with it. If you’re a developer of offensive games, this isn’t us siding with you against all the people you’re offending. There will be people throughout the Steam community who hate your games, and hope you fail to find an audience, and there will be people here at Valve who feel exactly the same way. However, offending someone shouldn’t take away your game’s voice. We believe you should be able to express yourself like everyone else, and to find others who want to play your game. But that’s it.”