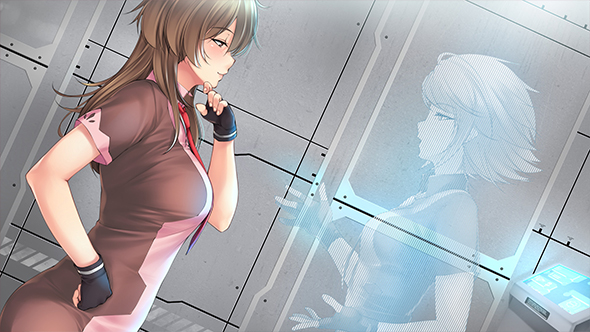 Valve try to make Steam a family-friendly store – or, at least, they try to avoid selling anything that would get beyond an M rating. That policy gets complicated as games too small to get rated have begun releasing on the service in ever greater numbers, and it seems Valve have begun taking action to keep Steam’s steamiest games from advertising their sauciest features.

This info has come up around sexy visual novel Galaxy Girls. Like many games featuring explicit sex and nudity, the version on Steam is censored, and the developers offer an extra patch to turn the PG-13 lingerie catalogue art into full-on pornography. There used to be a community guide on Steam describing how to download and install that patch.

But according to a forum post from developers Dharker Studio, that sort of info is now no longer allowed, as they say “Steam reps have told us that they no longer allow any information or links to the uncensored patches on Steam, so they all had to be removed.” Those patches still live on Dharker’s own site (very not safe for work, so look it up yourself), and will still let you play the naughtiest possible versions of titles like Galaxy Girls, Beauty Bounce, and Negligee.

That’s only a small difference from Valve’s previous policy toward games of this nature, as they’ve just removed mention of uncensor patches from their official channels. The question is where they go from here. Do they start delisting games with official pornographic options? Does that start to affect third-party patches and nude mods? Or does everything just stay at the current middle ground? While it’s rare for these games to move beyond niche appeal, titles like HuniePop and even House Party have seen enough success (or just notoriety) to prove the need for Valve to have clear policies in place.