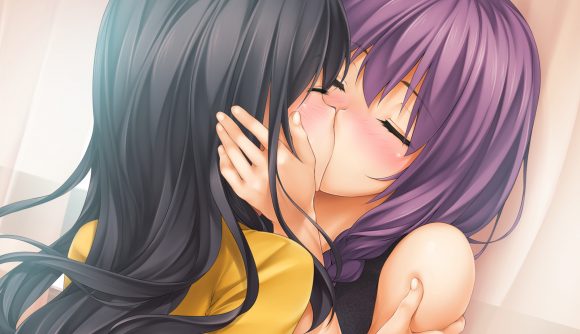 Steam’s putting adult content on ice while Valve implements a new set of content filters on Steam, according to one visual novel developer. Dharker Studio was set to launch Negligee: Love Stories on September 7, but after talking with Valve about an unusually lengthy review process, that release date is now set to “When Steam Says OK.”

Dharker says it got in contact with Valve after failing the early submission process without a clear reason why. The studio quotes a Steam rep as saying “We’re right in the middle of building some features into Steam for customers to be able to choose the type of products they see in the store. Your game has content in it that needs these features to be completed and shipped first. You’ll have to do some additional store page work around describing the content in your game once we have completed those features.”

Pressed for more specific info about a timeline, that rep says “Assume months at this point. The work is progressing, but not close enough to give a time frame.” Dharker has shared these quotes in a Steam community announcement, and a screenshot of the conversation hit Twitter via another visual novel developer.

Exactly what differentiates these games from Dharker’s output remains unclear. Some visual novel developers feel they’re being more specifically targeted, though there’s certainly no shortage of that genre represented among recent releases.

On Twitter, Dharker says “from our companies perspective they have completely screwed us over. Steam as our biggest market is a major loss. Months may mean that the 3-4 games we were releasing this year may not release until next year on steam at least.”

Valve did not immediately respond to a request for comment.

You may recall Dharker Studio as the one which reported Valve’s crackdown on sharing uncensor patches on Steam last year. That was the start of a tense relationship between developers of saucy visual novels and Valve. In May of this year, Valve sent notices that visual novels have to be censored or removed from Steam, though it quickly walked back those warnings.

Still, developers were spooked enough to send many toward alternate storefronts, including GOG. Valve publicly backed off of any top-down Steam censorship a few months ago with its now-infamous allowance of anything that’s not “illegal, or straight up trolling,” though it said at the time tools were coming to help filter out content players didn’t want to see. But it seems some developers are being left in limbo while those filters are being built.

Whether or not those particular games speak to you, the inconsistent enforcement of unclear content policies probably should – and Valve’s now been back and forth so many times with visual novel developers in particular that it’s tough to keep count.

Some folks want Steam to curate its selection. Others want Valve’s store to allow everything. The latter seems to be the company’s eventual goal, but right now Steam’s splitting the difference in a way that’s not satisfying anyone.